It's late. Just got in from a meeting of friends I've not seen for a very long time, friends of the sort that you never want to lose ... .

with whom deep ties are rarely ever broken -- and with whom conversations begin in the middle of the fourth paragraph even when you've not seen them for years.

The day was full and I'm a bit more tired than usual tonight, but still feeling the warmth of old friendships renewed. 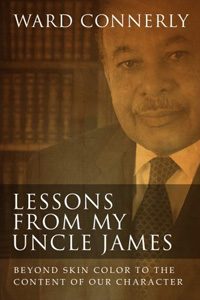 Missed the big debate between those candidates who are running to replace the governor. Not sure it matters greatly, I'm underwhelmed by the whole lot, except maybe for those flashes of foreign-accented brilliance that come occasionally from Ariana Huffington and the quiet good sense of Peter Camejo. It's bewildering to know that name value is with a hulk of a weightlifter with little or no political experience, and that this might actually become the determining factor in who will lead California which is the fifth largest economy in the world! A frightening thought... .

In my official capacity, attended a rally against Proposition 54, the infamous Ward Connerly initiative that would legalize denial. I do wish that man would find himself a good therapist and work out his difficulties around his own racial identity. Can't see how we're going to have that colorblind society he's striving for unless we invest in blindfolds! One would expect that the dear man would eventually come to realize that a celebration of those differences is where the action is. Works for me!

I will vote no on the recall. Beyond that ...

Glad the day is over.