Just read back through recent posts and noticed ...

a mention of the Reverend Jesse Jackson. Little did I know when I first heard his fiery oratory at that Hotel Windemere luncheon in Chicago during the Sixties, that some years later I would serve as co-chair of his Northern California campaign for the presidency. The other co-chair was Mayor Gus Newport of Berkeley.

We own a commercial building in South Berkeley where our small family business (Reid's) is located. South Berkeley at that time was predominantly an African American community, and mainly very low income. By donating the second floor of my building for the Jackson campaign headquarters, there was suddenly some added importance to the area and the community rose to the occasion. We covered the building with banners, and the windows with posters. There was a constant flow of political activists from everywhere in the nation going in and and out of that small building. The nation had come to South Berkeley, for at least a little while.

That was the year when the Democratic Convention was held in San Francisco, and that brought the national figures in to move among us. There were not only big name politicians, but musicians and performing artists, as well, all responding to the excitement of having a man of color -- finally a serious candidate for the highest office in the land. It was unprecedented. 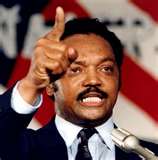 I recall being asked at the time by white news reporter, "...isn't it unrealistic to expect that Rev. Jackson could ever be elected, and isn't that discouraging to those working so hard here?" "Nope," said I. "We've already won. Jesse Jackson doesn't need to be president. He has already opened the door to the possibility, and raised the hopes of young black kids in every ghetto in the country. There's really nothing more that he needs to do in order to claim success." We all knew that. We were realists. I still believe that this was his greatest contribution.

I remember watching his great speech at the convention that year -- he pulled out all the stops -- it was brilliant! He was equal to that other great orator, Gov. Mario Cuomo, and was ours. Watched the convention activities on television not only with the volunteer precinct walkers and phone bankers of every race, but with a group of young black student activists from U.C. Berkeley, Cal State at Hayward, and S.F. State., with a significant number of street kids (whom I knew were the local drug dealers) sprinkled in among them. The wistfulness and pride in that room was palpable. Jesse had won long before election day. The presidency was not the prize we were seeking. Though it was rarely voiced, everyone of us knew it. 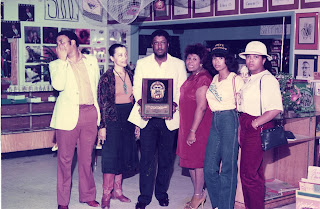 Our little building had long since become an institution in that community, but after the experience of hosting the Jackson Northern California campaign, it was hallowed ground. It no longer belonged to us, but had taken on a life of its own, and became the place where minor miracles could be expected as routine. It was guarded by the young men on the street. Not only did they not loiter in front of it, but graffiti was almost unheard of. From time to time I would arrive to find plant cuttings carefully wrapped in wet papers towels and placed at the front door for our small patch of earth along the fence. On one day it was a well-worn doormat placed at the entrance from the street with a note that read, "the rains are comin' and you don't want folks trackin' mud all over your floor, Miss Betty." It was from Fred, rarely sober black veteran of the bombing of Pearl Harbor who lived in a tiny shack in the back yard of the house beyond the fence, at the back of the store.

Have since that time watched the career of Jesse Jackson wax and wane. I remember first meeting him as the charismatic leader of Chicago's Operation Breadbasket and later Operation Push, having just returned from the south where he'd been with Dr. King and the Southern Christian Leadership Conference. This was before the assassination. Somewhere among my letters and papers, there is one written about that first impression. Hope it hasn't been lost. It was published in the magazine of the UU Layman's League, I believe, and wish I'd had the sense to value such items. But then, that was before I realized that I might live long enough to BE Black History!
Posted by Betty Reid Soskin at 1:00 PM