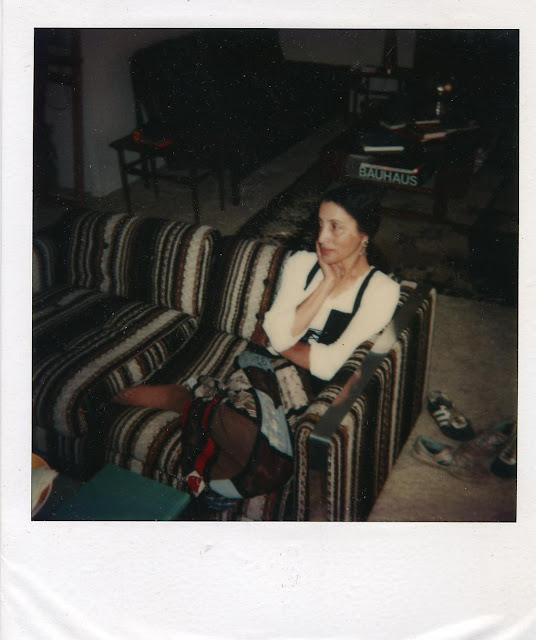 Lost in a reverie of times past ...
Finally took the time to read back into time through these pages. I've been fearful of doing that for fear that I would become self-conscious and the writing would become stilted -- losing spontaneity. This, after all is intended to be stream of consciousness journaling, with no pattern except for whatever the momentum of memory creates. I do see that the words ring with authenticity. Because they're moving freely without needing to honor any prescription, they're providing triggers into the past in ways that bring my own laughter and tears in the writing of them. That's good, I think. Fortunately, I'm a touch typist and the thoughts flow from my fingertips as quickly as they form in my brain.

Decided to try to give some form -- style -- to my "book," in the hope that it might read more smoothly to eyes of strangers who may have expectations that I haven't met. Not sure what to do about that, though.

You'll notice that I've introduced color and type size for emphasis. Nice? Or have I now simply added an element of "cuteness?"

In reading back there is a pattern that didn't show up before in the living of it. I've been defiant all my life, haven't I? Throughout all of the pain and sorrow, the good days and the bad, I've refused ever to yield to mediocrity and/or false promises. I've possessed a remarkable nonsense detector that has sifted everything that entered my brain for what modicum of truth might be there, and tossed everything that didn't "scan" properly. There's been a healthy amount of skepticism that's shielded me from deception, even when I didn't recognize it. And, it truly does appear that I live by my intuition, even when there's little evidence that this was advisable. And, as I grew older, willingness to trust myself above all others has prevailed. Crazy? You're right.

I've been lost in these blue plastic storage boxes now for several days. There is so much there -- notes from experiences that would have disappeared into oblivion had not those scraps been squirreled away in these fading manila folders. Not sure how I can ever organize them into sentences and paragraphs that aren't reductive. Some evoke stories that would make entire chapters in a book, and that defy abridgement.

Since that last post (Thursday?), I've spent many hours wandering around in the past -- remembering events that have become real again, and that are so important in the continuum of this life. I've been hardly sleeping, at least not soundly, waking with new revelations triggered by a scrap of paper with a few sentences jotted carelessly long ago. They flesh out during dreamtime, and become whole again -- with the urgency and potency of the original experience. I pop out of bed, creep to the kitchen to not wake Dorian, and pour myself a tall glass of cold milk ... .

I may need to stop writing for a few days, and just spend time with the photos and writings of old -- not trying to make anything of them until my mind can do the initial editing, leaving me with essences of experiences rather than full-real authors excel and separate themselves from the novices. They've learned to suggest, to imply, to use words as surgical instruments -- coaxing with a few words pictures of entire experiences.
blown replays. I suspect that this is where

Maybe I'm already doing that to some extent ... but I don't really know.

...but I'm beginning to seriously consider the possibility that writing professionally may be my next calling ...

Do I hear an amen?