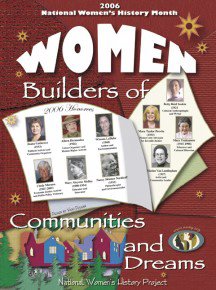 Another execution has been held ... with several more slated in the coming months ...

But I cannot live my life weighted down with this issue. It's all consuming and begins to block out the sun after awhile. Dues have been paid -- and I'll table it now until Paul Sawyer trumpets the call again in a few weeks -- to confront the issue for another round of protests at the prison gates. The issue of a moratorium is gaining ground nationwide, and may find some support when the several bills now in one or another committee finally makes their way to the floor of the state senate and/or assembly.

I sense that we're beginning to wake to the death and destruction that this generation is cursed with, and to react to the chaos. Change is in the offing. I can almost feel and hear the brakes being applied to the administration's ugly power surge as the constitutional questions begin to be asked, and impeachment begins to be a serious and grim possibility.

But in the meantime, I'm still wearing my paper hat from the King Birthday Celebration on Sunday. That, coupled with the news from the National Women's History Project this week has me humming to myself and generally having a difficult time getting my hat on at all! They've asked for more information to include with my bio. Our images are featured on a lovely poster being distributed by the organization. The letter announced the dates and times of the presentation of the honorees at an event to be held on March 19th at Griffiths Park in Southern California. I will fly down and will meet the other women at that time. For more information you may want to check out their website. I cannot-- in my wildest dreams -- imagine being mentioned in the same breath with such remarkable women.

Am back at work with a schedule of activities that could threaten a woman half my age, I suppose. Every new project that I take on now carries a time clock with it -- an acute sensitivity to the fact that all this energy could end at any moment -- and that the work is important and must go on with or without me. It adds a note of urgency (but also preciousness) to everything, and makes me feel breathless at times.

I'm beginning to think of all the things I've wanted to do, to complete, to begin, to re-activate, and to feel a frustration that I haven't found the cassette tapes of my songs yet and they may indeed by lost for all time; that I haven't re-framed all those great pictures that lost their glass in storage; re-written some of those fragments of essays I've found from years ago in my files, and that still have a freshness of viewpoint and insight that bears what I'm now beginning to recognize as my own particular form of genius (and do I dare use such a word?). Yes. The National Women's History Project has granted permission by anointing me one of their honored "Community Builders of Communities and Dreams!" (Immodesty feels pretty good, y'all, enjoyed in moderation, of course.)

So much to do -- with diminishing time in which to fit it all in. Maybe soon. But for now there is the work of helping to create a new national park with a team of such capable and dedicated young men and women. What an awesome assignment is that, right?

I suppose that I'm still being deeply effected by the so recent deaths of the four Reid women; Dorothy, Linda, Flossie, and Maybelle, and beginning to face -- ever so gently -- my own mortality.

But not yet. There's good work still to be done.

Illustration: This year's NWHP poster taken from the website. My photo is tucked in at the far right very top - under the "N" in "women." There were 10 chosen, nationwide. What an honor! Maybe I'll buy enough to send out as greeting cards next year. Not sure that I've earned it, but on balance -- whatever is left owing I plan to make up before leaving the planet -- or have my progeny repay after I'm gone. And they'll do so in the name of the ancestors!
Posted by Betty Reid Soskin at 6:24 PM

Seems .. you are doing quite well

Congratulations, Betty! You richly deserve the honor. Wish I were closer to CA.... I would come see the ceremony.