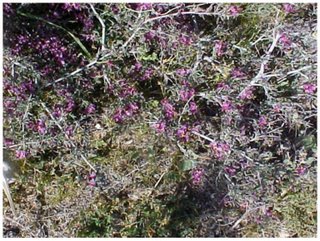 The 4th of July holiday started out uneventful enough but quickly escalated into a climate of unease that was completely unexpected.

On Saturday morning I drove up Highway 101 to Route 128 -- through the Anderson Valley, through the winding country roads that opened into that beautiful redwood forest leading to scenic Coast Highway #1 -- without a care in the world. Had thought to take along an audio book of "The Devil Wears Prada" (don't bother -- it's a waste of print) that shortened the trip considerably -- until I discovered that the book wasn't going anywhere that I cared to be. It just made me feel old and irrelevant.

Arrived in Mendocino anticipating a bucolic 4th of July weekend in the quiet artist colony now beginning to fill with tourists and weekenders from nearby towns -- in for the festivities.

Dorian had chosen to spend the weekend in town with friends; David and his kids were occupied; and I hadn't heard from Bob for weeks, but assumed that meant that he was deep into his own life and needed me not. A mother could hardly ask for more -- even an older one whose "children" had outlived their childhood by many years.

This would be a time to enjoy. I'd thought to bring along my camera this time in the hope that the Headlands might still be wildflower-covered against the blue sea. I'd so regretted losing that shot on my last visit. Just maybe the coastal areas were more forgiving and the fog just might have slowed summer enough to not have lost spring, totally.

It was not to be. I slipped into town shortly after arriving at Tom's -- camera in hand -- but the headlands yielded nothing but dandelions and a few stray California poppies that were not those of my childhood (a deep orange) but indistinguishable from the sulphuric yellow of the dandelions that they now mimic; a disappointment.

After a quiet weekend, July 4th arrived to the rare sound of traffic slowly-building to a crescendo along Highway 1. Tom and I had decided to skip the fireworks the night before at Fort Bragg, but would drive in for the parade scheduled to start around noon. I was excited. It's been a long time since I've witnessed this kind of classic American smalltown holiday parade and it made me nostalgic for a time I've never lived -- kind of borrowed from a Norman Rockwell cover of the Saturday Evening Post of long ago. It was all to be Boston-Pops-on-the-Green and "American Pie."

We drove the short 5 minutes from his home and parked just a block or so inland from the Headlands to join the other walkers to the place where the parade was haphazardly organizing itself. There were decorated antique cars, the volunteer fire truck; children with crepe-paper-decorated tricycles; homemade "floats" covered with plastic flowers; balloons and dogs with fancy collars; flags everyhere, and for a few hours there I had found myself so steeped in small town celebrating that I forgot ... .

It came to me in a momentarily flash -- that I was the only person of color among thousands! This is a uniquely white American holiday -- in celebration of a time when I would have been enslaved. I'd forgotten.

In the city of Richmond where I live there is a 40% African American population, perhaps 35% Latino, a significant East Indian as well as Laotion and Asian demographic as well. We forget that we're not the generic people, but the exotics, because our numbers tell us differently.

I thought ruefully for just a minute as the tune ran across my mind, "Where have all the powers gone?" Obviously, there really are two Americas; the one where I live, and the one where I found myself this day. How quickly I forgot... lulled to sleep by my friendships that span time and space and distance and race -- and that have in these years when there's more wheat and less chaff -- I no longer make those distinctions so readily.

Then it happened: We came alongside a flag-draped flatbed truck carrying muscular young white males. They were displaying two large flags -- one traditional stars and stripes -- and the other, that of the Confederacy! I felt a chill. I wondered if Tom had noticed. He had. I wanted to run. Fear and panic took over my body and my sense of balance and logic -- and all I could think of was leaving. Now! And we did.

Later we spoke of it. He said all the logical things about there not being any way to prevent such expression -- given the Freedom of Speech mandate of the Bill of Rights. But I didn't want logic. I didn't know precisely what I wanted to hear, but that wasn't it.

Then I recalled an online encounter I'd had years ago with a woman somewhere in the South. She'd spoken with great pride of her southern heritage and love for the flag of the Confederacy -- and I'd challenged her, but I wasn't at all sure of my ground. We'd been virtual friends up to that point, discussing many things upon which we fully agreed. What was different now?

She'd also brought up the "Freedom of Speech" issue, and I was just as troubled then about why that didn't suffice for me as I was on Tuesday. Until -- until I realized what was wrong with that argument. "Of course you have the right to display your flag," I told her. "But there is a cost to your doing so. It means that you must sacrifice my friendship by such an act. And, if you are willing to pay that price, then it is surely your right to so choose." I felt our mutual sadness at the time, but felt the truth in my words and held to them.

Perhaps that goes for the young Americans on that flatbed truck. It seems to me that they're displaying a total disregard for those who carry in their DNA the suffering associated with the nation's history of slavery and injustice. The cost of their action might well be the inciting of violence from those so marked. The cost of their act might well be the sacrifice of peaceful coexistence. Their willingness to do so by holding to this particular expression of the freedom of speech is an affront to freedom and justice for all. And, of course, that is their right, guaranteed by our founding documents. But do you suppose that anyone ever takes the time to weigh the cost?

I drove home -- back through the redwoods seeing for the first time more shadow than the flickering filtered sunlight that usually is so visually interesting -- and back through Philo and Booneville where I saw only that there were no people of color anywhere in sight -- and I drove just a little faster ... .

Happy 4th of July may not be all that I'd hoped, but I'm workin' on it.

Photo: "Sage in Bloom," from The POD. In memorium.
Thanks, Alf and Fern.