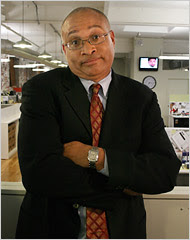 Yech! Just climbing out from under the blankets after days of tanglin' with "the Crud" ... .

At some point last Thursday the world stopped spinning on its axis and life came to a grinding halt. It was the ushering in of the annual Soskin session with whatever version of the flu virus passes through about now. It's about now that I remember that I've skipped the flu shot yet another time in the firm belief in my invincibility. Not so.

It's only now that it's over that I know how much my sorry state of mind just before Christmas was influenced by my sorry state of health. It's no mystery. The incubation period is always marked by the blahs. It wasn't the gift from the wandering Magi that saved the holiday, but the one from Walgreens that a commandeered neighbor delivered after a feeble cry for help and the promise of some crab gumbo some evening soon.

But yesterday ushered in the New Year and for endless days and hours I've been watching the world go by on the tube (through my feet) -- and a sorry world it is, too!

Not being much of a TeeVee watcher ordinarily, I had no idea what is placed before the public that (I suppose) is meant to mirror reality. Dear God! After endless hours of peering out from under the blankets at Cop shows; morbidly obese 900 lb. poor souls who appear to have dieted and exercised away at least 2-to 5 of me (122 pounds dripping wet) with each episode; animals either copulating or consuming one another (or both); miserably abused pets; on camera Interventions of alcoholics, gamblers, and those addicted to narcotics; blondes, blondes, blondes - mostly upper-income housewives the likes of which I've never known. Not to mention predatory males being caught in the act of soliciting children for sex; Dr. Phil and his daily parade of lost souls willing to bare all on camera before a national audience(!); Oprah, Montel, Ellen, Morey, Tyra -- I've now seen 'em all! And I've not yet mentioned some new form of sport where wrestling, boxing, kick-boxing, plus the kitchen sink are combined by a strange group of men in baggy shorts and bare feet who've waived all rules of conduct and resort to everything but biting.

I actually spent about an unbelievable half-hour during this period watching two men discussing the human alimentary canal and bowel movements! In another period of disbelief I saw something called "Dirty Work" where a misguided man has found a career in doing the most outrageous things imaginable. Yesterday he spent on camera time slogging through fresh cow manure in a cattle yard while quipping about "mechanical butthole" machines as we watched excrement oozing from pipes on its way to becoming flower pots! For this I'm paying a significant monthly fee??? And I'm calling them crazy"

And I haven't yet mentioned the rappers (who in hell is Flava Flav?) and awful talk show shouters who people the publicly-owned airways with more offensive dialogue than one can imagine. Black and White evangelists in clerical robes with weirdly childlike messages surely not intended for thinkers; and inane comedy shows that are so sophomoric that one wonders just who they might be intended to entertain; surely not today's overly-wise children? And am I the only viewer who has never heard of the ever-constant PBS phenomenon, Andre Rieu(?) and where did he come from before fund-raisers?

I've now visited more prison yards and cells this week than any citizen should have to witness in a lifetime. But the most disturbing are surely the on-camera breast implants and nose and chin jobs and liposuction procedures that are everywhere. Who on earth believes that young girls -- hardly fully-developed -- should be having breasts enhanced?

When did this become entertainment? Where have I been? Where has the FCC been? When ever will they allow me to determine for myself just what and who can enter my home? Shall I pull the plug before Comcast contaminates my life beyond my ability to retain sanity? We're paying at least $50/month for this service, aren't we? Is that rational on my part?

And it's all book-ended by shopping shows with hours on end of jewelry and electronic gear and "designer" garb pushed by a parade of cloned saleswomen who used to be the Sears and JC Penny sales staff -- I'm sure of it. They all went to Home Shopping Network heaven! Small wonder there's no one left to serve me at Macy's; except to take my money and bag my stuff?

Since last Thursday I've seen more car chases, crime busters, cheating spouses, stings, arrests, domestic court proceedings than should be encountered in a lifetime by any reasonable human being. I've been mind-jacked!

The upshot of all this? Easy. Will dig in my heels and resist every attempt at upgrading my life to HD-TV until the art has caught up with the technology. Eating scorpions or sniffing sheep excrement on a high definition giant flat screen wall receiver may announce the doom of western civilization; God bless Tammy Faye!

Today it will end. I'm back. Washing my hair and eating a decent meal should begin to get some of the buildup out of my system so that I can get back to work and to life. I discovered a few minutes ago that my kindly neighbor delivered a bagful of freshly-picked persimmons sometime over the past day or so. It was hanging from the front doorknob when I looked out gingerly this morning in a test drive of my recovering bronchial system.

Comcast has eliminated CSpan 2 from my service. That may be the final humiliation.

Maybe this is the day that Keith Olbermann will return to Countdown -- and before too long -- the brilliant Jon Stewart ... and maybe I'll just give up cable for YouTube and I-Tune online. Cuddn' hoit, right? That may provide enough time to decompress.

Maybe I've been spoiled by being able to choose my few hours of daily viewing.

Maybe I simply overdosed and sanity will be reinstated when I get back into my self-created reality.

I truly do believe that we each create our own reality, and for just a few days there I appear to have lost my compass ... .

Maybe a shot of humor from Jon Stewart in one of his chats with comic Larry Wilmore would work about now... .