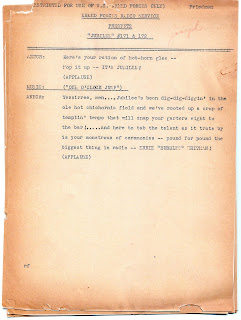 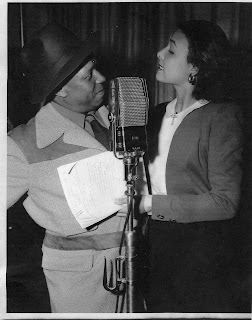 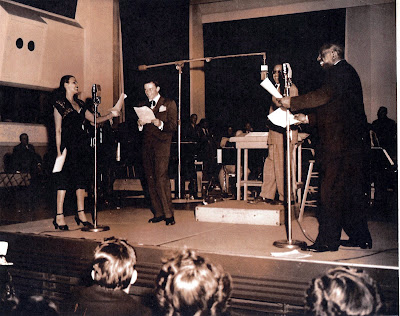 Photos: 1) Script, 2) Eddie "Rochester" Anderson with Lena Horne, bottom left, Lena Horne, Frank Sinatra, bandleader Jimmy Mundy. These and many more from this Jubilee show are among those referred to in this precious studio script. They are the property of Ms. Careth Bomar Reid by whom all rights are reserved.
Posted by Betty Reid Soskin at 9:18 AM