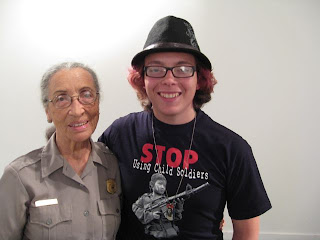 It was an memorable experience for me -- and maybe for Rodrigo as well -- an experience well worth sharing with the community.
Posted by Betty Reid Soskin at 8:51 PM