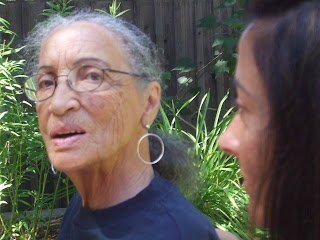 It's that time of year -- with this year bringing an unusual and more intense dose of nostalgia ... .

It has been increasing with each day ... first nudged into being by the Christmas season and its reminders of those now gone -- first husband and friend, Mel who is still my holiday fantasy companion since it was with Mel that the magic of Christmas was created for our children; my parents Dorson and Lottie whom I still remember creating an early Christmas out of a Salvation Army gift basket in that little bungalow on 77th Avenue in East Oakland. I deeply miss them both along with the often boisterous gang of relatives and friends that I've now outlived.

Little of the holiday magic held true through the ten years of marriage to Bill Soskin. While those holiday seasons were surely enjoyable, they've all been assigned now to the trash heap of non-events. That special element known as "children" is absolutely essential to Christmas -- even more than the religious symbolism, I think. While I may have outgrown that rich symbolism, I still believe in Santa Claus!

The most sorely missed across from the festive dinner table, though, is Rick, our eldest son. Has it really been 7 years? He's still in the room in the form of a lovely plant that I received from friends as a gift of condolence the day after his death. "Greenie" continues to be alive and well, and survives as a reminder of his troubled years that he shared with us while passing through eternity.

I think of the young women of the family to follow on the time line, and who will make their own contributions to the "life and times," with as much or as little consciousness as I had at their ages -- of just how much they will help to shape 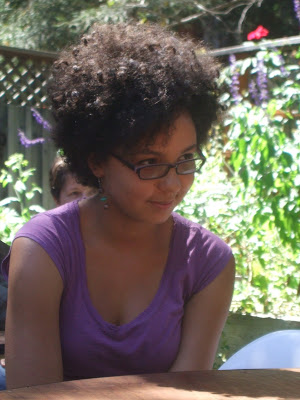 the world simply for having passed through. Perhaps it's best since I'm not sure that I could have met my challenges nearly as well had I known of just how critical "choice" can be in one's path toward fulfillment of a life.

There was the rare opportunity to re-visit years and events long forgotten through Bruce Frankel's visit to my world last week. Some of what was upturned has bought me face-to-face with forces that shaped the years I'm now living in ways that could never have been predicted nor in any way appreciated.

Having spent several of the past few days under the blankets -- with a case of something I've experienced a number of times over the past ten years (3, maybe?). The doctors said at the time when I was certain I'd suffered a minor stroke, that I'd picked up vertigo, some viral infection involving the inner ear. It is miserable, but non-lethal, but after the first dose of medication lasts perhaps 3 most miserabl 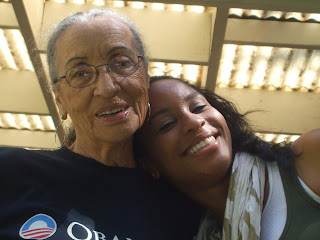 e days; but what an awful 3 days! Dizziness and nausea accompanied by terminal drowziness of the type that takes away all signs of productivity and saps energy to the point where any thought of even moving one's eyes to the left or right brings on the spinning, not to mention any quick movement of the head either left, right, or (god forbid!) tilted back!

Just before the onset of the illness, I'd had an exchange with Bruce Frankel through email (it was now a week since his visit), from his home in New York. He'd augmented our interviews with phone conversations with a list of friends and relatives that followed that will flesh out a fuller portrait of the chapter about Betty that will be a part of his up-coming book on 14 of " ... those men and women who've made significant contributions to our life and times after the age of 60."

Lying still for the past several days has brought back an incident that may have been one of the most pivotal in my young life ... and I'd almost lost all memory of it. As a perceptive author, Bruce may have brought into focus the very point at which I started to become ... a place in my personal history that I might never have been able to find without his reconstructing those patterns of existence that escaped notice at the time.


Photo: Pictures taken with a young cousin, Nile, and (lower photo) my granddaughter, Rosie. Center: Yamina who may be the least known to me. These photos were taken in August at the Reid family reunion. These youngsters are young enough to still be searching for themselves ... and at about the age that I begin to find the essential me.