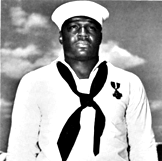 Another week of living -- partly in the now and mainly in the past ... .

Careth and I spent all of Veterans Day working on the Joseph Collection, and marveling at the marvelous condition of these vintage negatives -- despite the many decades since these photos were taken. There have been relatively few of the thousands before us that are beyond salvation. Most are going straight from our hands to a volunteer photographer, Mr. Chan, who is giving them life by developing and printing them out to be attached to new packaging.

We're "re-housing" them in new manila envelopes after carefully clipping the front of each of the now crumbling original ones, making notes of the dates and number of negatives in each. We save any of his original notes; in some cases identifying the subjects and/or short articles he submitted to the press for newsworthy events or persons. We're using inner transparent envelopes into which we separate the articles and original envelope front and another for the negatives -- making a manageable packet ready for the next steps in the process.

Since E.F. Joseph was the photographer for the major Negro newspapers as well as the chronicler of every kind of event imaginable, and with War Department clearance for photographing sensitive government home front locations, you can imagine the kinds of pictures we're finding.

For instance: There are
I could go on, but I think this short list gives some sense of the historic nature of this collection, and of its value in the telling of the stories of the home front during WWII. I'm attempting to set aside for processing everything from 1941 through the end of the war in 1945 -- with some exceptions when an event such as the Port Chicago trials demonstrations that occurred a year after the war ended -- is clearly an extension of events that rose from WWII. There is an overwhelming number of packets to go through, and we're under no illusion that the two of us will ever accomplish this worthy goal, but it will be a beginning. I'll continue to devote at least one day of my work week to working with Careth in the firm belief that at some point, we will begin to scope out the next steps in the process.

With the catalog numbers Joseph assigned to each packet, we've found some that number in the 13,000 series. That means that Careth's original estimate as to the number (perhaps 10,000?) in these endless boxes and plastic garbage bags of countless packets was really quite low. I'm told that there are still countless bags and boxes at her place in San Francisco waiting to be transferred to her Oakland living room "Sorting and Re-packaging Laboratory." (... wondering if this is the way the Library of Congress started out, or the Schomburg... .)

One of E.F. Joseph's photos, that of African American Gladys Theus of the well-known upturned welder's mask that was taken at a Kaiser Shipyard 2 ceremony where she was awarded the prize as the fastest welder on the Yard, made its way into the Roosevelt Presidential Library where the Kaiser Permanente Heritage Department staff located it years ago.

We're now ready to hire Brian, Careth's grandson, a student currently attending Claremont College on a 5-year full scholarship and a tech wizard to begin to create a data base program (FilePro?) so that the cataloging can begin. Hopefully we will find grant funds for that. He'll spend his Christmas break setting that up for us and then we can continue doing the data entry into infinity!

You may one day hear about the birth of the E.F.Joseph Library of Bay Area history. It is now clear that it cannot be contained in the story of the local Black history since it is so much more than that. We've found a portrait dated in 1935 of the father of former California State Senator and Speaker Don Perata. The late Emmanuel F. Joseph was the cameraman for his times. Researchers will soon discover this treasure trove that I've been granted the privilege of previewing and processing over the past several months.

From such humble beginnings as the living room of my friend, Careth "Diddy" Bomar Reid, one day a new museum may begin to rise.

Photos: top left is 2nd Class Messman, Doris "Dorie" Miller, and yes, this is my wedding photo that we discovered among the packets. I now have the complete set taken May 24, 1942 in the garden of the home where I grew up in East Oakland, California. In these days of excess, can you imagine a cotton wedding dress? It was made of organdy by my sister,Marjorie, the Maid of Honor. Never had I felt so beautiful!