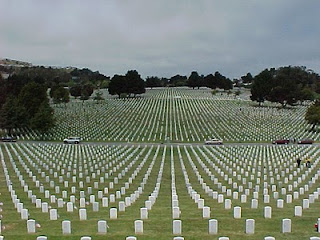 Life has been fraught with activity -- rehearsing for Vagina Monologues plus the usual workload plus driving to Berkeley to visit with Dorian each day ...


This last sentence in that paragraph from the Golden Gate National Cemetery has continued to haunt my days ...

"...  Additionally, 24 African Americans who perished while loading Liberty Ships in the Port Chicago incident on July 17, 1944, and whose remains were unidentifiable, are buried as unknowns in Section P."

You can see by my questions that little has been resolved, though I've posed them to a military expert who is a specialist in all things WWII, and -- though I'm not sure when -- I should hear soon and will pass what I learn along to you.  There must be a story here that needs telling.  And in the telling, we are describing circumstances in which a fair trial was impossible.  As the nation's history has continued to evolve toward enlightenment, it is time to support those working to remove the stain of what many sincerely believed to have been unjust convictions.  Finding answers to questions long buried with the victims may be critical. One would hope that exoneration is still possible before any more die in shame.
Posted by Betty Reid Soskin at 2:05 PM