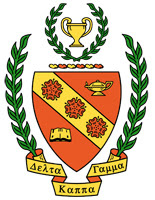 
Today held two different yet related events, each might have provided enough positive energy to stand alone.  The first I've not had the nerve to mention since it involved yet another "honoring", this time being named 'Woman of the Year" by the Delta Delta Chapter of Delta Kappa Gamma Society.  This is an international organization for educators.  I'm beginning to learn to accept the accolades as opportunities to showcase the work of the National Park Service -- and as such -- it feels less weighty somehow. The certificate read

and the dedication, relentless activism, and passion to bring the untold stories of the Richmond Home Front to the community and beyond."  (June 9, 2012)


But there's something else creeping in that is heady indeed.  Today I could give voice to the feeling that  I'm positioned in space precisely as was intended -- and where the entire focus of my life has been heading for what is now the tenth decade.  It becomes more and more difficult to cling to my atheism at such times, or those intriguing speculations on Fate, Kismet, and Predestination.

I could hardly be more comfortable in my shoes, and there's no one else on earth that I would rather be.  Yet, how helpful it would have been to have enjoyed this feeling at some earlier time of life.  But, I'm beginning to suspect that it had to be aged into.

Though I was in a room filled with strangers -- it would have been possible to have started a conversation in the middle of the 6th paragraph with any one of them -- chosen at random.  I was feeling human connections that transformed each into an old acquaintance.  I could see me in their faces as we talked, and though the words I was speaking may well have been taken as boastful at some other time, the feelings were anything but.  I could trust them with even this truth, and we could share the joy because the initial human/feminine connection was firmly in place -- so humility, and, whatever this is, could co-exist. 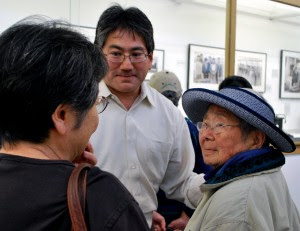 It is at times like these that words fail, and we must trust one another to fill in the gaps, and we did.

After a delicious brunch in a beautiful home high in the Berkeley Hills, I drove proudly and "grinningly" down steep Marin Avenue toward the second event of the day; the two o'clock premiere of "Blossoms and Thorns," a Ken Koka short film depicting the Japanese/American internment experience.  This is one of several that take us through the forgotten stories of the Home Front era; films to be shown in the theater of the Visitor's Center of the park.  The work is a gift from local Americans of Japanese descent, the families of the cut flower industry who suffered the shameful imprisonment.  It has taken 70 years for them to share that experience with the rest of us.  I sat in the dark as the credits ran at the conclusion and -- despite the fact that I cannot with certainty point to anything I contributed to the making of this work --  there was my name listed among the others.  It feels irrational now, but I was able to make the connection with the morning's event, and felt quietly deserving of this new honor of "Woman of the Year" bestowed only hours before ... and the headiness returned ... this time with a sense of wonder at the forces that produce such happy outcomes.

Could it be that these honors have more to do with being than doing?

I could hear my own words, " ... I'm privileged to be helping to shape a new national park!"

Of course the euphoria won't last.  It never does.  But for now I'm so grateful for simply being alive.
Posted by Betty Reid Soskin at 7:03 PM