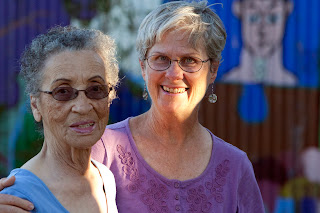 How dare they?
Posted by Betty Reid Soskin at 7:49 PM