Request for a proposed interview by a major newspaper started the wheels a-turnin' ... . 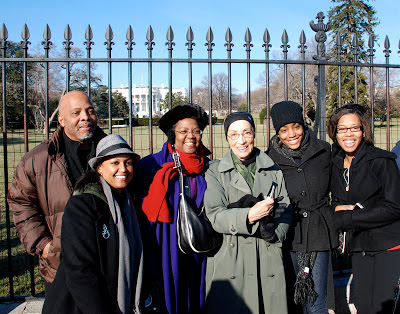 ... and the torrent of unexpressed thoughts and opinion roared into consciousness.

The inquiry came from a dear friend, and a member of the press whose work in the international media is truly impressive.  (Not having her permission, I resist the urge to name names here).

It came in the form of, "I'm proposing some ideas to my editor for a piece about the up-coming inauguration for the second term of President Obama, and one might be asking you to talk about how you feel now in comparison to what you felt in 2009?"  I'm guessing that she was referring to my hopes, and whether or not they'd been fulfilled.

I lay it aside for a few days, always with a nagging feeling that there was something resistant in me to form the words that had been lurking in the dark corners of my mind for some time now.  I realized that allowing myself to "go there" could enable me to more comfortably field the questions that come up in the small audiences who attend my commentaries in the little theater of the Visitors Center twice-weekly.  Since I do mention the first inauguration, and my responses to it, at some point such question will surely arise. This I needed to think about, and Linda's proposal just might provide an opportunity that I might otherwise have casually tossed off.   Whether an interview would ever actually be published, or that any product beyond the conversation between us would be the outcome became less important than that I think it through.  Her editor disappeared from the foreground, and the following exchange took form:

(With her permission, I'd like to post both my response along with hers.  I learned much from her more sophisticated worldly response, so the two make for an interesting counterpoint. I'll seek her permission before day's end.)
Posted by Betty Reid Soskin at 11:36 AM