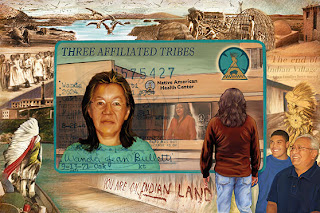 Still here -- and still in recovery, but all signs of depression seem to have vanished ...

... but just in case,  since this is my day off and I've no plans except for doing the mundane Monday stuff -- I'm going to drive to the civic center and photograph myself as painted by UCLA's Judy Baca on that beautiful new mural that was installed a few months ago -- and that I've been extravagantly ignoring each time I drive or walk past it going to and from our offices, trying to be blasé about this unbelievable honor.  No one mentions it, yet there I am depicted among community members living and dead; young and old; all representing life as it is and has been lived here in Richmond over the centuries, since the Ohlone Indians occupied this area long before the nation was formed; before the rose growing Japanese and Japanese/American families began to settle here in 1906; and long before WWII brought its migrant work force into this city.  We're all there in brilliant color! 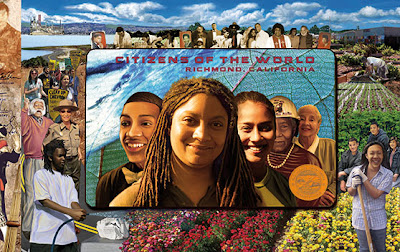 It's very exciting to be immortalized in an important work of public art among others who are seen as stand-ins for a community proud of its diversity.  I've been waiting for some kind of ceremony that would mark its installation, but that doesn't seem to be happening, and the mural was completed weeks ago. 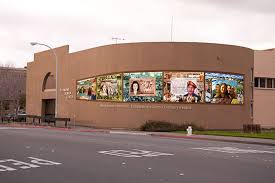 I figure that I'm needing an ego boost about now (after the storm), and a boost is appropriate as a balance for unseen misery and pain experienced over the past several weeks.

Guess I should at least tell my family, and include it here for posterity, right?