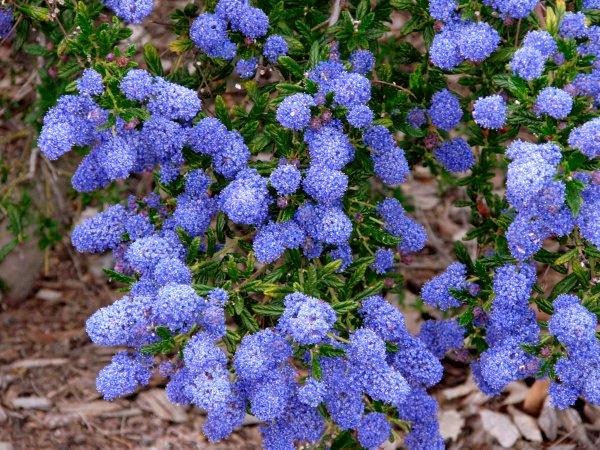 Ceanothus (California Lilac) is blooming profusely along Hilltop Drive this morning.  After a much- needed early light rain shower and the resulting heavy scent of Spring in the air, I couldn't resist the urge to do an encore drive up the 2-block display before picking Dorian up at the BART station in El Cerrito.  Such splendor doth Nature bring!

I so look forward to the spring blooming of wildflowers along the medians throughout much of the city each year.  Poppies, daffodils, golden wild mustard, lupin, baby blues eyes, buttercups, and those that I cannot name but that are so reminiscent of my childhood, and coming upon an occasional pure rare white trillium in some shaded bower in the Oakland hills of my youth.

Yesterday was another special day among special days that have become more numerous in these late years than ever before.  Maybe it only seems that way now that time is so precious ... .  maybe.

At the Visitors Center we launched Women's History Month with a visit from Ms. Elinor Otto, the celebrated 94 year-old still-working riveter from Douglas Aircraft in Southern California. 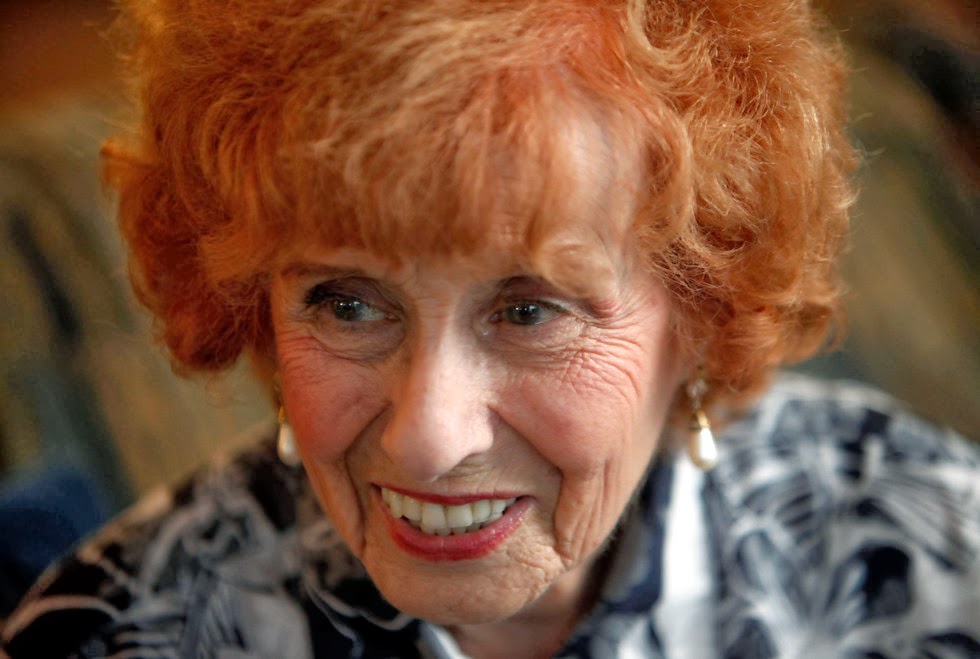 By way of giving a sense of how far we've come, Elinor started out at 65 cents/hr in the WWII workforce and is now receiving $42/hr while working as the only woman with an all-male crew! Elinor still rises at four o'clock each morning to prepare for her five o'clock shift.

I'm a modest 5'3" weighing in at 118 pounds, but stand significantly taller than this tiny Rosie who
is less than 5' tall and weighs under 100 pounds.  Amazing!  Together, we total about 186 years and 218 pounds!  I think that we will have left an impact upon our times that far outweighs our physicality (says moi, immodestly).

The most touching moment in the day occurred while standing together at the Rosie Memorial with the beautiful floral wreath -- while the bugler played Taps in memory of the Rosies who are no longer with us ...

... maybe the encore drive along the brilliant royal blue ceanothus today was an attempt at re-capturing the poignancy of that moment -- holding those feelings just a bit longer ... .

May our sisters of the Great Arsenal of Democracy rest in peace.