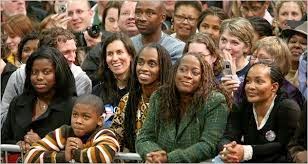 Wondering about so many things ...

not the least of which is the nagging suspicion that my feelings about black identity need upgrading in light of a changing nation and world.

I mentioned after returning from the trip to Atlanta and Tuskegee in August, whether I didn't need to reconsider something that had begun to creep into my theater presentations of late; the feeling that African Americans may be settling for less than we should when we actively promote Black history over encouraging the inclusion of our story into mainstream American history.

The trip south weakened my resolve upon the re-discovery of the richness of Black History while visiting the beautiful red brick campus at Tuskegee University; walking through the George Washington Carver exhibits; through Booker T. Washington's gracious home; riding through the magnificent greenery of the historic 54 mile drive from Montgomery to Selma; standing on Pettus Bridge; etc.  It was so much more powerful than I'd ever imagined.  On returning home I began to wonder just how much power might be lost if our collective truth were to be de-emphasized in any way.

I'm no closer to an answer, but something came up in the course of the tumultuous political campaigns in our city -- of the two candidates in the mayoral race one is white, and the other black.  The white candidate is loosely associated with the Progressive wing of the community, and the black candidate is running a brutal campaign with unlimited corporate financial backing.  The black candidate expresses conservative views on just about anything that comes before the city council, of which both are currently members.  The white candidate might best be described as a political moderate with a good and years-long record of public service. The rough and tumble shape of the election cycle is predictable with few surprises.

However, none of this is the issue that's giving me cause for concern; it's this:

The base out of which the Black candidate emerges is an organization called B.A.P.A.C (Black Americans Political Action Committee).  One day last week as I held a scathing flyer distributed  online by that group in an attempt to detract from the white candidate's reputation,  I found myself wondering what might happen should the white candidate have a base called " W.A.P.A.C. (White Americans Political Action Committee")?

Setting the obvious aside for a moment, I need to say that not that long ago 40% of Richmond's population was African American.  At this point however, according to the last census, 40% of this city is now Latino, with African American families having moved on deeper into the small towns of the upper San Joaquin Valley and Solano County.  The black demographic has been reduced dramatically. There was a time when there would have been a  significant black constituency to try to attract in order to garner political power, but now -- in a non-majority State -- where no one holds the edge, "Black" labeling may be fast-becoming outdated, and will soon no longer be viable as a magnetic force for change. 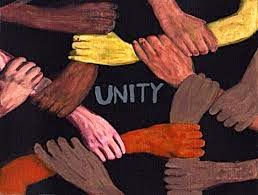 Were I a member of the large European,  Laotian, East Indian, Asian/American, or Latino subgroups who share this community I'm not certain that I would be quick to align myself with a group so labeled.  It may not be through any sense of disrespect, but given the label Black American Political Action Committee, I just might wonder if its concerns would be broad enough; that its membership would have the capacity to care about my culturally-specific issues.

In a nation on the verge of becoming a non-majority society, coalition-building must become the rule of the day, right?  This is uncharted territory, and I'm only beginning to see the implications through this election cycle. My brain is engaged in some editing, upgrading, changing, and the concept that involves including black history into mainstream American history may be a natural progression, but at this point it's unclear. I may not have time on the planet to see this through to its conclusion, but meanwhile I'll keep gnawing at it.

... maybe that's why I'm attracted to the Richmond Progressive Alliance wing of local politics at this point; an organization less "moderate" than I, surely, but that reflects the wish of what used to be called "Liberals" to act together on those things upon which they can agree (across racial lines) as they cast aside for further discussion those things seen differently; and all in mutual respect.

I suggest that B.A.P.A.C may want to come into the 21st Century and begin to build anew its political base -- this time with inclusion. The organization may want to re-design its mission, re-think its direction toward something that better reflects the multiracial, multicultural society we're evolving into as a city and as a Nation, instead they appear to be rebuilding the racial barrier earlier generations gave up so much to overcome. This is hardly worthy of their well-meaning organization. The only thing being accomplished by current attitudes (which excludes all others except for black males), brings divisiveness into the unity some have struggled to gain over time.

... and make no mistakes, I see continuing need for African Americans to come together socially and culturally in order to strengthen the ties that bind us as a people. What I'm beginning to wonder about is just how far we can take the Black designation into politics and prevail in a time when it will become more and more necessary to coalesce with others for mutual gain. Maybe we can't stand alone any longer in a fast-changing nation without losing something very precious to the continuing development of the Democracy that we are all trying so hard to bring about.