I've wondered just when the public attention would begin to creep into front row center ...

... and now it has.  Pretending it away has ceased to work, I think, and here it is and I suppose the only way to deal with it is to acknowledge its existence.  And, yes, I know you're there, but how I feel about it is still unclear ... .

I attended an annual event last night that was sponsored by the National Park Conservation Association that was held in their offices in San Francisco.

From the moment I walked in from the elevator, it was clear that something had changed -- and that I'd been preceded by word of mouth.  This was easy to assume since the group had attended one of my talks in our theater about two weeks ago, and I'd received a spontaneous standing ovation the likes of which are rare indeed.  It was heady!  It was also dumbfounding ... and I have no idea what that means even as I type the words.  But the feelings I remember were so mixed; humbling and exhilarating at the same time - inexplicable.  I was so grateful and relieved to see Tom Leatherman suddenly appear at my stage right to stand with me before the group that afternoon.

I knew the magic had happened ... again ... and the feeling of panic plus pleasure that always comes with it were in the moment as well.  Whatever had happened was undeniable, and wondrous! 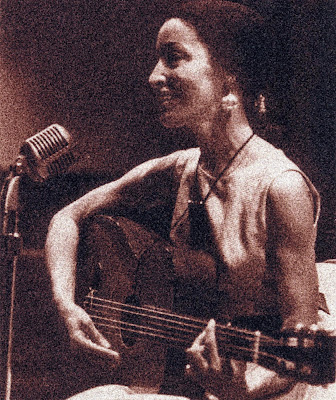 Maybe the reason I'm so conflicted is due to the fact that I'm being hailed as an exemplary "interpreter" when I've never seen an interpreter at work except the one time when -- prior to my becoming a ranger -- I took the tour of Tao House at the Eugene O'Neill site and experienced a superb presentation by Ranger Joann Jarvis.  That was my only experience.   I've also seen others of our staff do their stories, but only in bits and pieces.

I've seen the noted Yosemite Park ranger, Shelton Johnson, reenacting the Buffalo soldier role, but only on film and never in the flesh.  It's easy to see the power in Shelton's interpretation, but is what's being reacted to the truth-telling that occurs?  If so, then that may be the common denominator between us.  That may be what I need to explore.

It's difficult to feel receptive to such acclaim in a role that I've no way to compare with what might be considered the norm.  Shelton Johnson is surely not the norm, but the exception, and if he draws as much magic from his audiences as I experience from mine ... .

"You're a natural interpreter," Betty, "there's no reason to question the why of it.  You're the best!"  Those are the encouraging words of our Chief of Interpretation, Kelli English.

... and when I say, "but I'm not certain whether I'm being hailed for what I do or what I am," few seem to understand the statement."  It can't be for what I know because I haven't a clue of what an interpretive ranger is or does; I haven't paid the dues nor completed the education and training essential to produce same, so if I'm confused -- is it not understandable?

What they can't be aware of is that this is precisely what I experienced long ago when I was singing.  I walked away from the acclaim -- not because I feared failure -- but because I feared that it would consume me with a passion that I didn't understand then -- nor do I now.

When I listen to myself on audiotapes done at the time I hear nothing that would be worthy of the breathless silent attention one can almost hear in the background.  The thin reedy young voice is not so arresting, though the original poetry (lyrics) holds up well.

What is different about this?

What is different about now?

that is, if destiny will allow just a little longer ... .