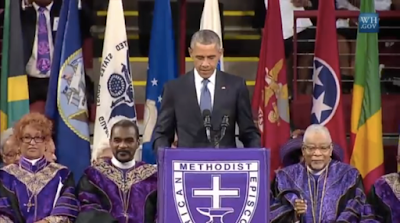 For obvious reasons,  I'm sitting on a powder keg of unspent rage ... .

... and so far it seems harmless enough since it appears to be totally powered by tears, so I burst out in sobs at the slightest provocation, and embarrassment quickly follows.  There are places in my talk that are hard to get through since every time I dip back into the darkness of those years (1942-1945) I become vulnerable and control is difficult to maintain.  But that's part of the cost of indulging Truth, and I've always been willing to pay it.

I suspect that some of it can be attributed to the lingering effects of the concussion, and the dizziness of vertigo that has caused some of my confidence to bleed away from the fear that each step might end up in another fall ... .

The Michael Krasny Forum on NPR has stirred a public response that has increased visitation substantially.  Audiences have doubled and yesterday we had to add a second presentation at three o'clock in order to meet the need.

I've never felt more vulnerable or as filled with rage as I am in this aftermath of the Emmanuel
A.M..E. church killings, or, the re-visiting of the debate over the presence of the Confederate Flag on the grounds of the Capitol. 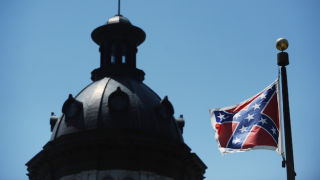 But my anger was further fueled by the timing of the SCOTUS announcement of the decision regarding same-sex marriage at a time when I was literally sitting at the foot of my bed waiting for the president's eulogy for Senator Rev. Clementa Pinckney and the 8 others slain in that brutal killing in South Carolina.

Why on earth did they not wait until Monday morning -- traditionally when the last and most important decisions are handed down every year?  Why did they not allow us to complete the mourning process before stepping on it?  There was an incongruity in the entire country bursting into revelry just as we were waiting for the funeral services to begin in South Carolina.  I was hopelessly split since my mind and heart were with both events, and the clashing of emotions was exhausting and schizophrenic!

Then something about it began to dawn as vaguely familiar:

Just two years ago SCOTUS had positioned two critical decisions in competition when they decided against DOMA (Defense of Marriage Act) and the scuttling of the Voters Registration Act which pitted the LGBT and the African American communities in direct competition for national attention.  The danger of widening the gap between two equality-seeking segments of society was evident.

Intentional?  Coincidental?  Strategic?  Meant to sow the seeds of dissension between two "minority" segments of the society in the interest of the continuance of white privilege?  Keeping the fragmentation in place when we're fast-approaching a time in our social development as a nation, when there will no longer be a racial majority?

It's the same strategy that causes even the so-called wisest among us to continue to refer to our demographics using the term "78% minority" to describe the non-white cohort, or, "... 85% women and minority" when that is as meaningless when some of us are both -- female and non-white."  There is no such things as a 78% minority.  That, friends, is the majority.  The stupid distortions by the manipulation of language is meant to express pure nonsense loudly and constantly enough to dull the senses and hopelessly confuse.

This makes about as much sense as having gone to war in 1942 to "save Democracy with a racially-segregated Armed Forces," which is simply delusional.

Maybe the only appropriate response to such nonsense IS unspeakable debilitating rage!

... but it beats packing a gun for retribution.

Maybe those kindly Christian believing survivors in Charleston, South Carolina, were right after all in their almost unbelievable forgiveness of the killer ...

... but forgiveness is still beyond my reach.

Back to the tears.