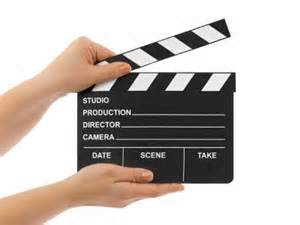 A week has past since my last post, and I've lived through another crisis ...

... but this one clearly took its toll on my morale and general sense of well-being.  and I'm noticing that recovery is no longer as fast as before.

Yesterday I learned that -- over the next several months my work will be documented on film, so that will bring a new edge to my presentations.  It will bring some new elements in that may take some getting used to.  It means that things like lighting and sound will become more important, and all those things that fall under the heading of "production" will move to the forefront.  I've never had to think about anything beyond the telling of my story and silently choosing the faces in the audience that I will speak to.

I've become fairly used to noticing people using their cellphones to document my talks for (I assume) personal use, and over time that's become a non-issue.  I've had reporters and writers of one kind or another slinking around the theater taking their shots, but -- surprisingly -- once I'm into my story they become a background blur and fade away out of consciousness.  Maybe being filmed on the job will fade into my new normal as with everything else, and it will be alright.

The importance of having my work go on when I'm no longer able to do it myself is now moving into prominence, with my 94th birthday coming up within two weeks.  I'm becoming so aware of legacy, and the need to respect that for those who will succeed me both in my immediate family and in the National Park Service interpretive staff.

The radio interview on PBS's Forum show with Michael Krasny brought in a great number of new visitors, and this week there was a feature story in Travel & Leisure, a national publication, and the article in Triple A's VIA was finally published.   That release was originally intended for the November/December issue for last year, so it was a not expected after so many months.

I still marvel at how long it took for the world to notice me, and I find it a complete mystery that I've been noticed at all since I sense nothing new in either my behavior or my affect -- yet there's something familiar that is reminiscent of the attention I received long ago when I was singing.  I've listened to some audio tapes and can hear nothing vaguely resembling 'greatness' or any arresting kind of quality in my voice, but I'm aware that whatever the magic is, it seems less related to what I do than to what I am.   But having said that, I have no idea what that means ... .

Maybe it has to do somehow, with power, or charisma, and I wish I had a better handle on the why of it.  I seem to recall that there was an element of fear and a reluctance to have that kind of power over others -- for whatever reason.  That was surely an element in my drawing back from the edge early on, and refusing to enter the life of a public figure, or an entertainer.  But that was when I was a young mother and more vulnerable, I suppose.  At this advanced age, I'm far more daring, and risk-taking is not so scary, and with so little time left ... .

There was that time (I believe it was in 1965) when I introduced my original song, "Sign my name for freedom" in a concert at the Berkeley Auditorium.  The song had been written in honor of the brave souls in Mississippi who dared to fight for their right to register to vote as full citizens.   I was a participant among many in a "Hootnanny" produced as a fundraiser for some social cause. The house was full to overflowing, and as I was singing I was aware that that great mass gathered there was breathing in unison -- tied to the ends of the lines of my song -- and that I could hear them exhale as one as the song ended.   The applause was thunderous!  I remember staying behind at the end of the concert until everyone was gone so that I wouldn't have to meet anyone who might break the spell -- maybe so that I could live in that feeling as long as possible, maybe ... ?  I've wondered since -- when I allow myself to think about it -- if that isn't the seduction of being a stage performer?  This, then, is probably what one gets addicted to in that world, and what I retreated from so long ago ... without regret, but then ... .


Maybe that's why I don't tarry at the end of my talks; that thing that I can't wait to get away from -- and rush toward home; to get lost in traffic and from far away from what might have been ... .