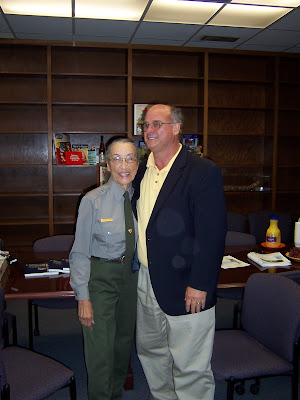 Upon hearing that the country's demographics are showing a surprising new trend ...

... it occurred to me that this probably deserves our attention.

The assumption  has been that the nation's fastest growing minority would be among our Mexican and South American brothers and sisters; the "Brown" folks.  Recent polling would suggest this is no longer true.  The greatest growth is in the "Other" category; those who are now of mixed parentage, crossing the lines of racial separation in its many variations.  Small wonder that we're seeing the polarity in this country harden as those who are frightened by that possibility are increasingly alarmed.

As a member of that group, and knowing so many others of mixed race, this had the ring of truth.  And, I'm guessing that we're living proof that miscegenation may indeed enhance the human gene pool and not befoul it as some might have you believe; an interesting possibility, though eminently debatable, of course.

A day or so after I read that surprising statistic -- by coincidence -- I received a request from distant (white) cousin, Paul Charbonnet, inviting my participation in an Ancestry.com proposal with him.  It would entail our (together) submitting our truncated family story in a recently announced Ad campaign.  Paul lives in Baton Rouge, Louisiana, and I'm far away on the Left Coast here in California.  It would have to be done by long distance without comparing notes except sketchily and through cyberspace.

A few days later he sent along his first draft of the result of his years-long research with the invitation that I submit my version for his son to combine into a single story to submit for consideration by Ancestry.   This happened only last week, and the first drafts have been exchanged for approval (each by the other) before submission.

I enlisted the help of one of our staff who could do the technical work and with an improvised background we prepared a short video as requested, with me reading a hastily-prepared 400-word script.  It was fun -- probably because it was a first draft and would probably undergo several edits before being entered into competition with others.

Both Paul and I have felt that the Charbonnet saga was worth, at least, a mini-series simply because the history is so colorful and so "American."  Though we'd only spoken about it in jest, and never with any serious intent.  But this kind of nibbled at the edges of that silent speculation that we both pretended didn't exist.

I'll post both scripts (one pagers) here so that you can see how one family -- separated by the racial barriers -- has begun the act of unification after more than 20 generations of only tacitly acknowledging the relationship on occasion over many decades.

I suspect that ours is a colorful example of many American stories, and that by sharing it here, others might see themselves somewhere between the lines ... .