Made my presentation before City Council on the tragic Dormitory O fire in 1944 ...


Last week there were two front page articles about the project, and several calls for interviews in various media.  It may be that I've exhausted every avenue into this story, and need to back away for a spell.


Funny, something was expended in the sharing of that history with the public, and I'm finding that I'm ready to move on now and leave further development in the hands of others.  Not sure what that's about, but the feeling is decisive; firm.


I may be operating on the edge of an overload.  It may be fatigue setting in, knowing what lies ahead over the next weeks is more daunting than before.  For whatever reason, I'm back to living an hour-at-a-time, and trying to not look ahead more than 24 hours.  There's a lesson in this somewhere, and -- if experience holds the secret -- this may mean that a pause is needed about now ... .

But then the tour bus rolled up and 35 lovely and lively African American women arrived at the Visitor Education Center from the Bayview District of San Francisco, all in the mid- and later years, dressed in Sunday best, chattering happily and smiling broadly; the leader offering a lovely bouquet of flowers, and whatever had been missing returned to my day and we were soon off into the Home Front experience.

They spent about two hours with me -- touring the exhibits, learning the stories, viewing films, then attending my talk, and -- as always -- I was richly nurtured by their warmth and generosity, and whatever that magic is appeared on cue and the  overcast day was again alive and magnificent! 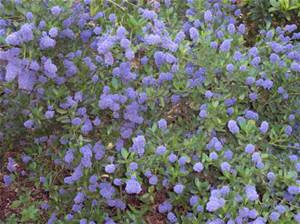 They took photos to share with their families, and I felt affirmed and appreciated in my work by their enthusiasm.  It was clear that the history being shared belonged to us all, and that we were united -- not only as American citizens whose life experiences varied greatly -- that we were all survivors of a badly broken social system, but that we were still one people willing to share love beyond any previously limiting boundaries.

I promptly left them at the end of our session; climbed into my car and drove to our Civic Center headquarters for an appointment after taking the time to drive along the Parkway where there were highway plantings of cerulean blue/purple ceanothus in full bloom to wonder at.  I was so needing to hold onto those warm feelings for just a few more minutes before plunging back into work ... .

But maybe it's work that I, as a primary source of that important Era, am best suited to do.

... and how brilliant of Life to have set me down in this space and time with a whole busload of loving Sistahs!
Posted by Betty Reid Soskin at 8:35 PM