... this time adding to the voice-over thread to be filled in behind related images of the other documentary (90-minute) of Bryan Gibel, filmmaker/producer.

For a second day-in-a-row (unusual) I found myself seated in a quickly created "bunker" formed of quilted blankets hooked together to make a kind of sound booth, going over old history, but not of the kind that deals with the WWII Home Front, but of "Betty" history, which turns out to be far deeper and with an emotional content that is only hinted at in the national stories, or of a different kind, at least.

In the aftermath, I've found myself today going back over that interview, and finding places where there are glaring contradictions and inconsistencies:

Where much of the interview was taken up with how thoroughly I'd discounted the artist part of myself in running away from the brief encounter with the entertainment industry, nonetheless I've certainly written about that side of myself in this journal, and rather unsparingly.  In fact, she holds a prominent place in my personal narrative, even while I'm denying her existence.

I wonder if the fact that -- over time she has evolved as a third person -- somehow severed from the whole, a "she." Though there is clearly some recent movement occurring, at integrating into a more complex Betty at a time when I'm being forced under the scrutiny of filmmaking to incorporate all of me into coherence.  But is that consistent with real life? Am I not, alternately, all of those splintered pieces, and does the weaving together of all of those divergent bits and pieces not present the next  challenge in this final decade? 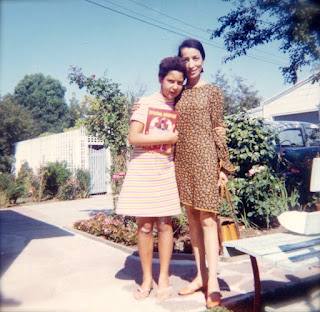 Maybe that younger creative artist Betty, was never "disappeared" at all, but has been dormant; waiting patiently in the wings to reappear at some auspicious time when the barriers were lowered, and this final integration was even possible.  At a time when there was no marriage to save nor children to raise, no aging parents to caretake, no business to reclaim as legacy for our kids, no handicapped daughter to prepare for my exit, just maybe ... .

It's beginning to feel that way as I sit behind that west gallery exhibit at the bayside windows of the Visitor Center, waiting to present my two o'clock program.  That perch allows me to become disconnected from those gathering at the front desk for their tickets long enough to find the quiet offered by idly watching the incoming bands of fog silently drift in over the water, the changing light, the wind playing capriciously in the branches of that giant eucalyptus, the rising and lowering of the tides, that ever-changing vista of Brooks Island, the East Bay hills, the San Francisco skyline, the moody panoramic Bay view, shore birds in constant and ever-graceful flight, wind-surfers skating over the waters precariously, the occasional leisurely passage of a sailboat... .

Often of late, I draw my cell phone out of the pocket of my uniform, press the button for music, and holding it to my ear so that voice won't bleed out into the west gallery -- listen secretly to my younger self of 40 years ago -- singing the life I was living at the time my songs were birthed ... and that life returns with all of the affect it carried at the time they were written.  There are times when it takes more than a moment to bring myself back into the present.

But then it's time to creep down the back stairs to enter our little theater where I, alone, sit on that kitchen stool and watch as those inquiring strangers begin to enter my space in twos and threes until the room is full, and the stories begin and a quite different past becomes alive again, once more, and we're sharing that other journey back through time ... .

And as complicated as it sounds, it is I who serves as the connecting link to what is on the surface a set of conflicting realities, but equally authentic and equally true.

What happens to, "I rarely spend time regretting the past or anticipating the future; there is only NOW"?  That's a fine example of conflicting truths, a concept that arrived unannounced shortly after my 90th birthday; an axiom that I stubbornly believe to be not only possible but an important fact of life.

It is in these moments that I am beginning to feel all the parts of myself beginning to come together, and the distances between lessening ... and the hope that, in time, over continuing days, weeks, and months, under the scrutiny necessary for meaningful filmmaking ... I will become whole, perhaps for the very first time, like metal shavings attracted irresistibly to a magnate.

Meanwhile, I'm fairly certain that I'm in for some highly emotional moments as that integration process takes over.

The prize is that somehow I've developed the ability to place myself somewhere out of range and watch that process as it unfolds.  I suspect that it is this ability that allows me to learn from it all, and to use it in my work.  I'm able to become a spectator to myself. To see myself in context.

There is the sense that -- in these final years, I'm being all of the women that I've become over time, and using everything that I've ever experienced in reaching this remarkable time of life.  It's all incorporated into that aging women sitting on that kitchen stool before those audiences of 48 friendly strangers every Tuesday, Thursday, and Saturday on into infinity.

I suspect that it may be time to pull those curtains back and let the sun in; and let the music play ... as I live all of the complex layers of my existence, simultaneously ... .

... and wherever did I get the idea that life was linear?