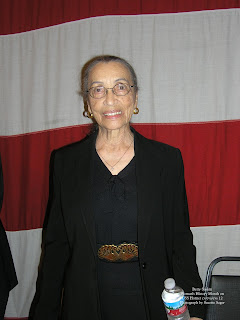 you're just not paying attention.  And less because of what we're seeing, but for what is being left out.
I'm hearing the pundits speaking of the "two presidents" as if the one who alternately appears before  his audiences  seeming "unhinged," and fearsome, as if we aren't instead seeing the war between the speechwriters and a president who refuses to be harnessed by custom or prior "presidential" expectations.  The speechwriters are losing out to the Disrupter in Chief, and nothing on earth can save them, or us, from his ego-serving antics.
Make no mistake.  There is only one president, and this is the one who appeared in Arizona two nights ago.  The other (the speechwriters) tried again to gain a foothold in Nevada this morning, but turned out to be just a weak imitation that is by now over-shadowed to an alarming degree.
My fears are based not as much in this presidency, but upon that which has been unleashed throughout the nation through an unwillingness to listen and learn that which lies beyond the base to the rest of us who did not support his candidacy, and feared precisely what we're now seeing emanating from the White House.
To those of us who have reason to dread those words, "...let's make American great again," because we cannot imagine a time before recent administrations when the fears were not greater, I say you're not alone.  We are the many who are quite comfortable in whatever skins we're in, and ready to defend the gains so valiantly fought for over decades of struggles for justice and equality.
I am feeling less and less a part of the WE, as THEY begin to move out of the shadows into their former roles of faux supremacy in an increasingly flawed system of governance.  That must not be allowed to happen.
This weekend I will participate in the gathering of Indivisible Berkeley as a private citizen exercising my right to do so.  I will add my voice to those of others with whom I've probably marched in many a demonstration in times past.  Together we will, peacefully, try to set an example for others by giving voice to restoring calm, but not at the expense of our right to counter the repressive antics of the Alt-Right who is expecting to gather in downtown Berkeley to test our resolve and challenge our intent.  Our nation's future may well depend upon our ability to do so without adding to the promised chaos they hope to bring to our area.
Posted by Betty Reid Soskin at 2:20 PM