It was the Democratic Convention when the indomitable Fanny Lou Hamer made her courageous attempt to seat the Mississippi Freedom Party but failed against the ruthless resistance led by Lyndon Johnson.  I'd watched on the small screen with alternating hope and horror, praying that the nation would rise up to this daring challenge, but was not surprised that we didn't.  This was at that time the ... state of the Union, unapologetically.

Skip to some time later, when then President Lyndon Johnson, after the tumultuous Summer of 1964 and the Birmingham Church Bombings, the discovery of the bodies of the brutally slain 3 civil rights workers in Mississippi by the KuKluxKlan; the fire hoses and police dogs crushing attack on the valiant marchers at the bridge in Selma, Alabama; and -- finally -- Johnson appearing before the American people and the watching World to announce the "New Order" that would usher in the long-delayed social changes that would culminate in a new era for people like me  -- the final fulfillment of America's promise.

I'll never forget how that speech ended, with the same man who had worked so hard to prevent Fanny Lou Hamer from succeeding at that convention -- and on the world stage -- ending his historic speech with, "... and we SHALL overcome!"

I felt deeply offended.  Unforgiving.  Not willing to accept this travesty, this expropriation of the anthem that held such meaning for so many over that tortuous and horrific decade.

It was shortly thereafter that I was asked to sing at a Unitarian Universalist Church service, and was still stinging from that dreadful usurpation by now repentant Lyndon Johnson.

I needed a hand holding song, but "We shall overcome" had been forever tainted for me.

I wrote and sang this on that Sunday (after asking those gathered to join hands):


We gather here,  I feel you near, on this beautiful day

Your fears, like mine... can be left behind ... close the spaces between

though our prophets say ... each a different way ... of this truth they'd agree


your hand in mine is a valid sign of love.

We've traveled far, from beyond a star -- along paths of our lives

still we found our way to this lovely day ... now here

In our hearts we know peace on earth can grow from these fingers, love warmed

your hand in mine, this holy sign of love.


The song was never published, nor did I ever sing it again after that first time.  However, it was burned into my brain, and can be called up as if it was written yesterday.  The issues continue to be unresolved with voter suppression still with us, and 'We shall Overcome' now rarely heard but still meaningful in many parts of the country. 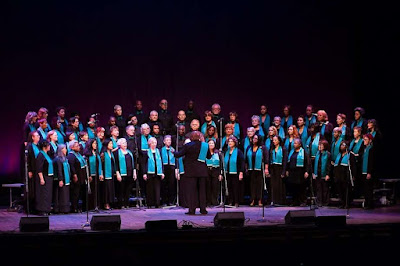 I learned last night that this song may be introduced on December 16th at the annual concert of the Oakland Symphony under the direction of conductor Michael Morgan.  It may involve the Oakland Interfaith Gospel Choir, under the direction of a long time friend, Terence Kelly.  At the moment I'm being urged to join the choir in the singing of it, but that's still something I'm feeling resistant to, but being tempted at least.  My voice is no longer the instrument it once was, and the only thing I have going for me is the fact that it would be one more item from my fast-dwindling bucket list, and the fact that I probably would have the most forgiving audience on the planet!

I cannot imagine a more glorious way to end this fabulous and magical year, can you?