I know that the Hatch Act prohibits any political involvements by a federal employee ... 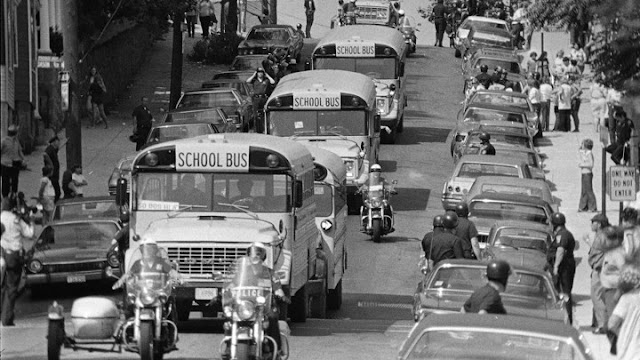 ... but to opine on things political without endorsing or otherwise supporting particular candidates or issues must be permissible, wouldn't you think?

I've surely not given up my right to respond to critical issues when they arise.  And ever since the debates in Florida this past week, my mind has been spinning!  I can think of little else ... .

The 1954 decision to desegregate the school system set in motion several decades of change that effected the lives of all Americans, regardless of race or ethnicity.  Even for those of us who'd moved out of urban centers to the suburbs; the reverberations were inescapable.

Maybe the fact that my experience was unique in that I was living among the privileged during the 50s, 60s, and 70s, when those changes were so life-changing, and my perspective surely would have varied from the norm. 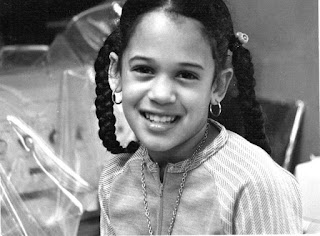 Though the lives and opportunities  of Black children were altered by the sudden exposure to a richer educational experience, there were also some unexpected consequences for white children.  Black kids were being forcibly pushed out into the hostile world of children who were learning hate from a generation of parents who shared their toxic beliefs around the family dinner tables each night, while their children were being gradually freed by new truths of black children they were learning to love and respect in the new social fabric being created by the inclusivity born of federal intervention.  For me, it was white kids who were deeply effected by the mandate against racial segregation of the schools in 1954, children who were suddenly catapulted into a new reality in which huge generational differences were being forged.

At least this was true for those whose social growth wasn't frozen at that level, those who would be forever damaged by the hatred -- and who would later become the troubled and troubling white nationalists of the country.

It was not only that Black kids were being broadened by the changes, but that the many white kids, as teens and young adults, who willingly moved their privilege to a back burner, becoming the nation-changers by joining with those being shut out of the American Dream.  They did so by setting their own dreams aside to join those courageous souls who were the Freedom bus riders at risk of their lives; who moved into the Deep South to do the perilous work of registering blacks to vote; who staffed those Freedom Schools (like my young friend, white Susan Sanford, who left college to do just that).  White kids who, later in the Movement, suffered the rejection of the very Blacks they'd sacrificed for -- who dismissed them by sending them back into their own communities to "change those white folks!".

It was the addition of white voices to the mix that empowered the Civil Rights Movement of the 60s and 70s. The very reason that the federal mandate for school busing in the early 70s came into being was because the climate created by the skirmishes of the 50s and 60s was beginning to give way between generations --  resistance softened by the tumultuous times. 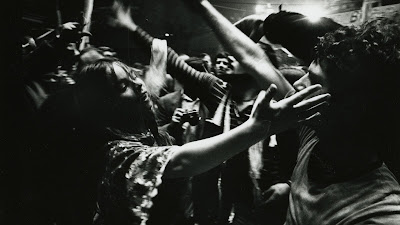 In the late Sixties, the Flower Children who rose to world attention in San Francisco's Haight-Ashbury were not aliens who'd landed from some distant planet, they were the sons and daughters of my suburban friends and neighbors, kids who'd gone off to the colleges and universities of the nation, met and roomed with kids of color in many cases -- for their first exposure to otherness, and in the process had learned that they'd been hood-winked by that bigoted parental generation -- that many of those new friends and acquaintances were not only equal, but some superior to expectations.

In 1964 they'd joined with others from across the country to invade the South to bring change, and, upon returning, staked out their conditions for change -- which included not only de-segregation of the races -- but creating a world-changing Anti-Vietnam War movement,  supported the drives toward Ethnic Studies on the nation's campuses; and later -- in new more inclusive coalitions, the Women's Movement and of the L.G.B.T.Q wars yet to come.

Busing was not merely about changing Black folks, it was the culmination of a continuing regimen of change that opened a successive set of doors of opportunity; doors that changed white youth as much as it did those of color.

It changed us all.

What started such thoughts?

It was a message in my mailbox yesterday from a reporter, Seema Mehta, from the L.A. Times.  She wanted to interview me about the school busing issue (surely fallout from the debate).  I responded by answering that she needed to interview someone else because I was simply not qualified to speak on the subject since I was a suburban mother at that time with only one child in school; an all-white school, and that the busing issue was outside my experience.

Obviously not so, just seeing through a different lens.