It's mid-morning, and not yet time to saddle up the Beamer

and pick up Dorian for some shopping-for-the-cats ("we're almost out of litter, Mom"). But first there's the Patriot's Act to pull out and begin to plow through. Did you know that it is 177 pages long? That's a lot of scary stuff, but last night just before climbing into bed, I drew it from my brief case (heavy puppy, that!) and scanned it briefly. Makes you wonder how the founding fathers managed to put so much wisdom into so few words, doesn't it? Small wonder that the paperless world has become anything but.

This morning in the cold light of day (and the first awareness of fall in the air), it's sobering indeed. Just did a search and am finding that everything I'll need is already out there on the net and nicely analyzed by minds far more insightful than mine, but surely without the range of experience, so feel fairly confident that -- after a day of reading and mulling over the implications, I'll be ready to put together a briefing paper (that's fancy talk for "bulleting" and making "talking points"). 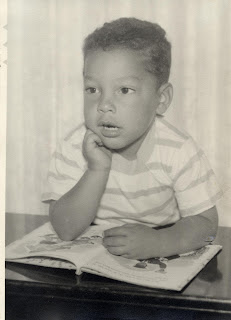 Been thinking a lot about David. Remembering that I suggested that I might share a bit about him. That got lost in the demands of other things -- and it occurs to me that this may be a key to my relationship with him. He's always been so strong and solidly dependable, that I've developed the habit of relying upon his existence in the world without much awareness that he may need me, too.

This was the child who seems to have walked out of my womb fully developed and fully cognizant of his place in the world. He followed Bobby by less than two years. They were bottle-weaned and potty-trained simultaneously. The day I realized that Davey had the latter all scoped out was the day that I found him sitting on the toilet seat -- face-backwards, with his feet in the john and the job on the floor behind him!

He's always been such a joy! Still is.

On the first day of kindergarten, I nervously watched him walk up the country road to the bus stop -- staying behind to not suggest that I didn't trust this fellow to handle this rite du passage on his own. When 20 minutes later I heard little feet on the front steps and opened the door to a scowling little guy, brand new lunch pail still clutched in hot little hand, and out came the words,"...that bus didn't come. Doesn't that driver know that I have a 'sponsibility!" That's David.

After a few days of wondering how things were going (you may recall that this was the third of my little boys who'd gone off to school into hostile suburban territory) and that life was far from simple for us... .Finally asked my little guy just how things were going? I never wanted to make them unnecessarily defensive, but to let life unfold as it would and take care of the bruises as they occurred.

Some years later I found myself unable to explain to this open and friendly child just why he would be stoned on our country road by a carload of cruel teens with taunting calls of "Hit the nigger!," and all within 100 feet of the home that he was born in. He was just riding his bike to pick up the latest baseball cards from Slo Sams market. It was a day like any other, until... . 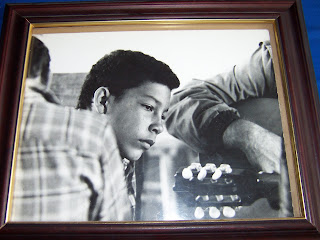 Or later, as an adolescent driving to visit a white school friend who'd moved to another part of town, but finding himself cruelly spread-eagled against the hood of our stationwagon by two police officers. It seems that there'd been some incident in the neighborhood and ...

David: "...Mom, I could hear their car radio as they held me there. There was a description being broadcast of the person they were looking for. It was someone who was nothing like me! They so wanted it to be me, Mom...". I knew.

On that cruel day of the stoning, I'd been unable to provide an answer for him. Nothing came. Instead I just held him. We made popovers and ate them with strawberry jam.

Later that morning I reached into that place where I usually found salvation -- when life offered no logical answers ... and wrote:


Where is my brown-skinned heart to hurry?
Where shall I find my song?
Why must my mind be just for worry?
To whom does my dream belong?

What are my hands to hold this morning?
Where is my place in the sun?
With what shall I fill this time of longing?
Whose will shall be done?

The fruit of my labor will tumble in soon
in search of my love and my lead
gave all I had when they left this mornin'
Why can't they know how little souls bleed!

Where is my brown-skinned heart to hurry?
To whom does my dream belong?
Why must my mind be just for worry?
Who will hear...
my song ... ?
My four grandchildren are all David's. I say David's because he's been twice-married but has sole custody of Kokie, Rhico, Alayana, and Tamaya, and tries hard to be a loving father to all. He is now the managing-owner of Reid's Enterprises, a business his father and I founded in 1945 as a couple of very young entrepreneurs. David is still being 'sponsible. We are great friends, still.
Posted by Betty Reid Soskin at 12:55 PM