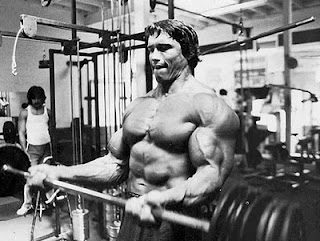 It's been a full day starting with voting before heading for my office, meeting with a member of the Contra Costa County Board of Education at the site of what may become the new Barbara Alexander Academy (next fall), then to stop off for a short visit with a friend from my youth -- Jackie. That was the best part of the day, by far.

We quickly picked up where we left off some years ago with scarcely a breath between sentences. I'd forwarded the link to my blog a few days ago, and learned that she'd been up well past midnight going over the words and remembering. Out came the albums and into the past we quickly found ourselves. I'm so hopeful that she and others who are still in the area will make themselves available to be interviewed for this important oral history. She agreed that it should happen, and maybe we can try at some time in the near future -- to get together in a group and reminisce with a tape recorder and video camera in the room. That thought came to me as I drove to the Democratic headquarters a few miles away.

Learned almost as soon as I arrived that there is an unprecedented number of Californians making their way to the polling places. This morning I had to stand in line for the first time in memory before casting my ballot. It feels hopeful. As I worked from the call sheets over the next several hours, was further heartened by the number of people who told me that they'd already voted. "Long lines at the voting polls!" is what the radio is blaring even as I write!

In our usual way, maybe California is reacting to the ridicule that's been heaped on us by the rest of the country, the insult of the last presidential election (Democrats outnumber others by a long way), and just doing what we do best, lead the way into the future! (Don't I wish!)

Came home to grab a bite then off to an award ceremony as a member of the Arts Commission (at city hall) at seven o'clock. It's just as well. The wait between now and the time that the polls close will be unbearable. When I get back the vote count will have begun. Will watch the returns on my computer (Secretary of State's website - it's public so you can use it, too), but will have my television tuned to the coverage on the Comedy Channel (seriously). The Daily Show cast is doing a Special that will help to celebrate if all goes well, and make defeat bearable -- if it doesn't.

Let us pray!
Posted by Betty Reid Soskin at 6:07 PM