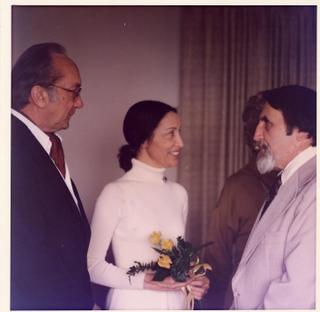 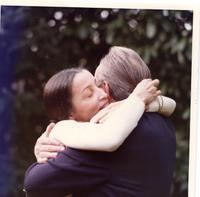 Musing about the men who so influenced my life for so many years ...


has provided a new lens through which to see them. Maybe -- because I now have such an extensive range of experience -- given all the years of living that have softened memories, there is little that can be defined in black and white terms. The "greys" feel so much more right. Comparisons are inadequate measures of almost anything.

Did I love Mel? Yes, and deeply felt as only a romantic 19 year-old can. He was everything I needed within the limits of what my inadequate experience would have demanded. To measure that love against the mature relationship Bill offered to a 50 year-old mother of four who had lived so many more experiences would be unfair. But by the time I married Bill, most of the "first times" had been used up in my first marriage to Mel. There would never again be a first childbirth, our first home, etc. But there were many new experiences of an entirely different order and not yet lived. These were beyond my expectations at the time and would be later shared with Bill -- and were.

I married Mel at a time when total reliance on my father's wisdom was waning. Dad was by now far less mysterious and was beginning to develop flaws that I'd never been able to see during those years when I needed him to be all things against a world I wasn't quite ready to take on. Forgiveness of one's parents for just about anything comes with the advent of one's own parenting. In addition, moving from a father's hand to husband's was the path to leaving home at the time, with few alternatives. College was hardly a practical choice for a young woman -- unless she couldn't find a good husband. How times have changed! A woman's fulfillment was in finding her place as wife and mother, in that order, and my acceptance of those terms fit the mold of the times precisely. I can blame no one for my later frustration when this choice proved to be inadequate to the demands of my expanding personal universe.

No one told me how much growth comes with the creation of life. Each of my children -- in their varying strengths provided views into "being" that I'd never have guessed were there. Yes, even Dorian, with her obvious deficits -- pushed me to my limits over and over again. And, I wasn't simply learning about her, but about myself through her. There is no greater source of "knowing" than the experience of motherhood. Wish I'd known that earlier. That emerged through life with Mel and the sharing of parenting, for good or ill. Nothing in my life with Bill compared with this. This is the debt that I owe to my children. In many ways, they ushered me into my own deeper self, and they still do.

If you can imagine, after years of being a suburban homemaker and mother of four, I would find myself in a failed marriage and beginning a totally different life -- unrelated to anything that has gone before.

Entered a summer seminar on mid-life career changes and met someone who had just taken a position at the University of California as chief administrator. One evening after class he asked if I'd consider interviewing as his assistant on a research project. My very naive answer was, "...I'm not sure I can do that, but would be willing to work for you for two weeks without pay to see if I'd like to." Three months later I was not only an employee of UC Berkeley, but was romantically involved with the principal investigator of the project! Within a year I was married to a Dr. William F. Soskin, PhD., psychologist of note.

I'm not sure that being single was ever an option for me. Didn't know it at the time, but the thought of not being in a relationship was still not quite normal. I was still being externally defined in relation to the male in my life. Without that, I had no idea just who I was. That was to come much later.

But now it's time to pick Dorian up for the weekend. Today's her birthday, and I have a cake to bake. Everybody will be home for a celebratory dinner!