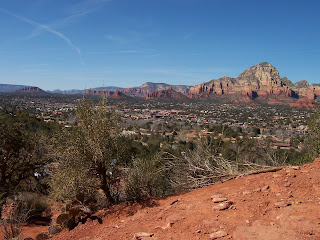 Hadn't thought about it in quite this way, but this trip brought with it some interesting and vague reminders of the inescapable truth; that the day will come soon when I'll need to pay more attention to diminishing capacities. If that is the new truth, it is also true that I'll need to learn to distinguish between just which limitations are natural to the aging process (for me) and which are externally imposed.

When first it was suggested that I take this training opportunity -- I hesitated due to the suspicion that I would be the eldest and out of context for an entire two week period. That could be hard for me and (perhaps) might make for a less than optimal experiences for my classmates. After all, my assumption was that everyone would be young and eager and at the beginnings of their careers with the NPS. Not so, there were several men who were surely entering a second career after teaching or lawyering somewhere in the country and facing retirement reluctantly after the loss of a spouse. It was comforting to find myself not alone in my later years, but at least in a couple cases -- among contemporaries. I don't believe anyone, though, was older than I.

Nonetheless, it never occurred to me that -- once there -- I would not be able to keep up with everyone else. I'm healthy and fit and able to do about anything the training or the company called for, and so it was -- until ... .

Along about the middle of the first week we were studying concessionaires and partnerships of the NPS and as an exercise were sent out in teams with clipboards to survey the concessionaires along the South Rim of the Grand Canyon. I happily trudged along with my classmates and entered the Hopi Shop to make an attempt at being discreet while looking at and assessing a number of criteria from my list. We'd been told to try not to be too noticeable among the tourists.

As I was observing a tourist trying on a beautiful Navajo bracelet, the woman behind the counter greeted me with, "...well, hello! Are you here with Elderhostel?" Suddenly I was no longer a student of the Albright Institute on a class assignment, but a lil ole lady who may have absent-mindedly wandered away from her tour. I found myself suddenly walking a bit more slowly and noticing that my breathing was more labored than usual (the altitude, I'd been told), and remembering that I might not be paying proper attention to the warning that I stay hydrated... all nonsense, of course.

Then, during the Sunday visit to Sedona and that anticipated visit to the Vortexes (mysterious energy fields that arise from deep in the sandstone hills), I jumped out of Maggie's little sporty top-down Miata and scrambled up the hillside to experience this phenomenon. Halfway up the incline I stopped to rest for a minute or so before taking on the next level. Maggie had gone ahead. As I stood catching my breath a conversation of a group of elders drifted across the slope. A white-haired older woman was saying, "...and, oh!, I was so frightened! I found myself caught halfway up to the hillside and I panicked. I couldn't go up or down and it scared me to death until someone shouted to me to just sit down and slide down on my bottom!"

That was all it took. Again, I was suddenly old. I simply couldn't dare go up another foot lest I get caught in the embarrassingly helpless state just described. I missed the experience of the Vortex. The chance will hardly come again. And it was all because, again, I allowed myself to be limited by accepting an external view of what was possible for me. Had I not overheard that woman's conversation, I would surely have scrambled up that incline along with Maggie and thought nothing of it. Scraping up or down on my bottom would have been little more than something to laugh about later in explaining the condition of my Levis!

I decided during a moment of silence on the drive back to the Grand Canyon that I would never ever want to live in a nursing home where the expectations of what I am capable of comes from others.

I must continue to dictate life on my own terms -- while understanding that I'm bound to run into a lot of sandstone gravel-ly places over the next few years -- but somewhere at the top of the incline will be a Vortex that I must not miss.

Maybe -- if I keep listening for the music -- I'll not hear those dissonant voices that dull the senses and limit experiences.

The only limitations I experienced during the entire two weeks at Albright were those I placed upon myself.

Photo: A thumbnail panoramic view of Sedona from the site of the Vortex. Click to enlarge.