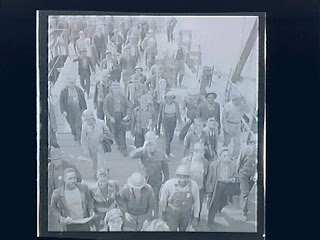 
Photo: From the Dorothea Lange collection of World War II stills. This one is called "Shift Change" (Oakland Museum)
Posted by Betty Reid Soskin at 11:28 AM