When last I wrote, death was still hovering ... and so he lingers ...

Aisha called a moment ago to say that -- though no longer on life-sustaining medication or breathing apparatus, Rafiq continues to cling to this world -- held to this dimension by his faith 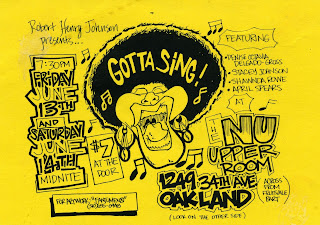 and great love of family, I'm certain. She sounded so tired ... her voice wooden with fatigue and concern ... .

It occurred to me yesterday that there could be no greater tribute than if we could somehow hold that reunion he so wished for last year and have it serve as his memorial -- and that we gather together in the old Masonic Temple (still standing and still waiting decisions about restoration or demolition after all these years - the usual fate of such institutions that get caught up in redevelopment projections). I suspect that the venerable old building is being used for storage and covered with dust and cobwebs, but just supposing... ?

Sent off an inquiry 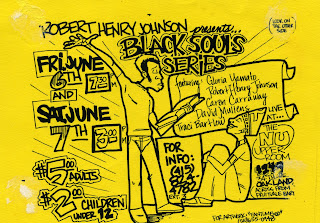 to a friend in government, emailed my newspaper columnist cousin with whom I shared some awesome on-site Upper Room experiences long ago, -- closed my eyes and twirled myself around 3 times, clicked the heels of my sturdy government-issued ranger brogues -- (this would take something far more substantial than sequin-covered scarlet pumps -- even if designed by Faragamo or Jimmy Choo himself) and made a fervent silent wish... .

On Friday I'll check into possibilities with the power of positive thinking ablaze and will dare the Fates to not comply!

(Will let you know how I make out with the Fates after I've completed my grandmotherly duties in my Thanksgiving kitchen.)


Photos: These imaginative drawings are the work of young Upper Room visual artist, Naven Norling, long since relocated to New York where I'm sure he's found great success over the intervening years. (click on these thumbnails for details)