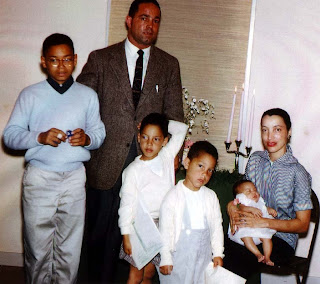 Find myself lingering over an earlier entry -- the one about the Pledge of Allegiance to the flag (see January 10th) ... .

In thinking back I realize that even as early as those tender years I was unable to place blame for the dilemma. It was as that precocious teenager that I first came into contact with those feelings, but there has been a persistent denial throughout my life -- an unwillingness to place blame upon those around me. It's true, however, that I've not been nearly as forgiving around other issues as I've been about the Pledge. Is it possible that I was already aware at some subliminal level that we were all victims? That I was able to see my schoolmates as blameless and my teacher as unknowing is the pattern that I"ve continued to extend to others -- a pattern that followed me through life? Whenever I find myself faced with the need to rise and proclaim my patriotism, the confusion kicks in. I resent it, but I do not resent those around me. I'm not sure that I fully understand what any of that means.

I wonder now if that didn't have a lot to do with my having grown up in the west without the obvious signs of discrimination that southern black children were so enured to? Those whites-only drinking fountains, and schools, and cemeteries, etc.? It really wasn't until the devastating experience of moving to the suburbs that I came into the actual brutality of racism at a personal level.

The home front workplaces during WWII had certainly prepared us for segregation, but that was in the aggregate. Every person of color around me was suffering similar humiliation so it was in many ways not nearly as toxic and far easier to express resistance to and to organize against. We were not facing it alone. But even then, I may have sensed that "The Lie" was systemic and of no living person's creation, and that those with hands over heart reciting the Pledge were sincere in participating in a ritual that held great personal meaning. Their pride is unquestionable and I, as an African American, can accept that as real and enviable. It is always with a sense of guilt and some loss that I've withheld the actual voicing of those deceptive words, "...with liberty and justice for all". As I've grown older and wiser, I've gradually become aware that at the time that those words were written we were not a part of the all. And, apparently, most Americans (except for maybe John Brown and those who fought so valiantly with him at Harpers Ferry) hadn't yet taken the time to notice.

Even today, I tend to see the problem as less one of human (white) failure as much as a systemic flaw in our institutions. Not so much the sins of Jane or John Doe, personally, but as unknowing and unsuspecting heirs to "White Privilege," therefore individually innocent. I suspect that the reason that I was able to face down that crowd of hostile home owners in Gregory Gardens was because in some way I believed that those white folks were culturally deprived and that I could be of help -- if they would only allow me to. And how insane is that?

But white privilege requires black acquiescence in order to work, and the conflict between those concepts have only recently started to be confronted directly. At least the process has been introduced into civic life. Perhaps that's what occurred on November 4th when we the people went to the polls and overwhelmingly demanded change -- and brought it into being.

The next four years will bring forth conversations that were never before possible, certainly not across racial lines. Those conversations have already begun.

And to this -- I will bring full voice!

Photo: This was taken at Dorian's dedication ceremony, before we were at all aware of her mental handicap. A pretty ordinary American family, right? Hardly one that should have caused the near-riot by moving into an otherwise all-white community. Fortunately for us, we all survived it and life went on -- eventually and after much pain.