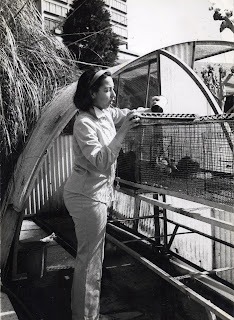 Some housekeeping details on how to use this blog ... .

Since I didn't create it in the first place, I was late in discovering that there are some hidden features that are really helpful in finding one's way around.

By the way, it was created by a gifted artist, the late Sage McKenzie, of Austin, Texas, a member of SeniorNet, the online community where we were both active. It was Sage who used her professional expertise to extend my reach into blogging. I miss her. She became terminally ill and passed away before we could manage the much-needed tutorial. I think that I just (ever-grateful for her generosity) closed my eyes and started to type. Unfortunately, we never met except in the virtual world of the Internet.

But back to the process:

I recently made some accidental discoveries when a friend suggested that I write a book about life with my mentally handicapped daughter, Dorian. As a former director of a school where such children were main-streamed -- she knew of parents who were struggling with similar challenges. Our obvious ability to co-exist relatively painlessly seemed to hold some interesting promise for others, in Careth's opinion. It occurred to me at the time that I may have already written that book, and that all that was needed at this point might be some editor willing to pull that story together into publishable form. The thought has never occurred to me to do so since I've never had any way to assess how others might be living their versions of "Life With Dorrie."

And, no, I cannot see myself ever having the time necessary to become a serious writer. The catharsis and sheer pleasure of blogging is a welcome release, but ambition stops just about where we are now.

One day I looked up above the banner (across the top of the screen) and noticed at the far left above my picture and the archives/directory, that little white search bar. Slipped Dorian's name into it and all of the posts that mentioned her by name (from 9/2003 to the present) popped up! Tried again with "Rosie the Riveter" then "National Park Ranger" then "Papa George" and "Mardi Gras", "Hawking", "Einstein," and "DJ Spooky and Hip Hop", "Unitarianism," and Voila!, up they come, magically. In these almost 700 accumulated entries there may be enough separate stories to fill my bookshelf at least once.

Not being a professional writer, I'm not sure that I could ever do that, but I do know that it's possible. Having lost all sense of where my fingers have rambled on this keyboard over the years; and what adventures, trials, and triumphs that I've dealt with over time, discovering that precious search bar managed to magically bring it all under my control for the first time. I'm sure it is what Sage intended.

I've rarely bothered to go back to re-read older posts, but have chosen intentionally to remain in the present for the most part after an attempt in the beginning to recapture personal history. I eventually found that the past tends to roll out quite naturally from the present and doesn't need more than that to come alive again.

Maybe you, too, will find it so, in the reading.

And -- if you're interested in seeing my park ranger persona in full bloom, try "Civic Engagement" for a place to start, then scroll down to the post for August 26th, 2007. And don't be confused by the fact that this entry appears at the top -- it will, but if you'll scroll down you'll find the relevant others.

Photo: Dorian at 19 working at the Children's Zoo on the shores of Lake Merritt in Oakland, California.
Posted by Betty Reid Soskin at 10:59 AM