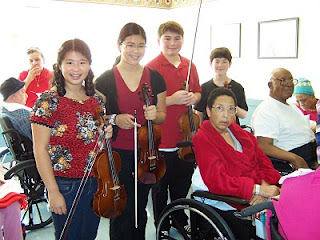 Monday's dreaded visit to Eden Medical Center turned out to be reassuring in every way. Dorian will eventually recover fully, if all goes as anticipated. There was some fear that her "dropped foot" was a permanent condition. Not so. It looks like two broken legs is no longer the life sentence it once was, and that with 8 weeks of bed time and wheelchair plus continuing physiotherapy to strengthen her upper body for the transfers she must now learn, she will eventually learn to walk again. It does mean life in a skilled nursing facility for many months, but we can handle that. She will be given a brace for the left leg and an expectation for "...8 months to a year before recovery." Then it will be months of learning to walk again when she's ready for weight-bearing exercises.

After two weeks of recurring nightmares during which I'm still careening through the mountains in unending terror, on Saturday I disintegrated into a madwoman with absolutely no sense of where to turn or whom to trust, and a depression the likes of which I've not experienced for decades. It had a familiar ring, but not enough to let me know that it, as before, would come to an end about the time that I allowed myself to go with it and simply scream it all away! I'd become too fearful to allow myself to sleep for fear of the dreams, so a 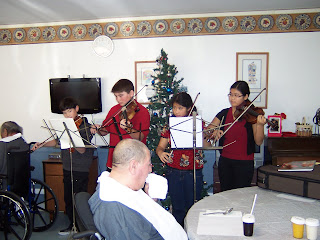 fter two weeks of driving to and from the hospital and the nursing home in (apparent) complete self control -- "crazy" took over and now I'm making sense if only to myself. And through it all I'd continued to work as though life was normal. My co-workers were understanding -- giving me the space and the time to try to absorb this cruel reality. Over the past two weeks I've worked 3 hours each day with 3 hours to deal with the demands of this emergency. I needed to hold onto my work to the extent that I could, for some kind of balance. That much was certain.

Finally picked up the phone on Saturday and called Dion who hit the ground running with all of the know how required to bring some sanity into the situation. As promised, on Monday morning she and Barbara swept their appointment calendars clean and met me at their Berkeley office where we went to Eden Medical Center together for the news. Last week at her first followup exam, the surgeon had been completely candid about his concern for the condition of her left leg which had become infected since she was discharged from the hospital. I was prepared to demand that she be re-admitted had that not subsided. I could see the relief in his face as he removed the bandages and exposed the wounds. This is a professional that we could trust. I felt certain that -- had it been necessary -- he would have been truthful with me about her condition as well as her future. This has not always been true, unfortunately. I 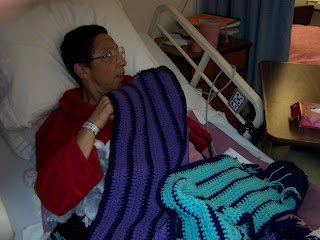 was learning in this crucible just how little faith I have in those in whom we must trust.

On Tuesday we had a visit from four young music students (violas and violins) who came to the nursing home at noontime to perform a short concert of Christmas music for Dorian and the other patients. It was her first lunch hour in the dining room and her first extended time up in a wheelchair. This was a gift from my friend, Pam, who is their teacher among other incredible things. Dorian was so pleased!

...and she's still crocheting away such colorful afghans and scarves as presents for the staff of the nursing home. If ever there was the spirit of the season ... .

... should I be worrying about carpal tunnel syndrome?