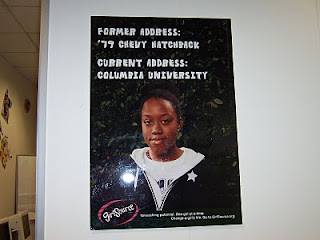 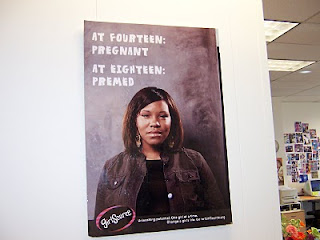 The honor of all honors -- I was among this year's 3 WAVE  (Women of Achievement, Vision, and Excellence) award honorees ... .

bestowed lovingly by GirlSource, the innovative and life-giving program that is changing lives of adolescents who -- in many cases -- have been abandoned or thought damaged beyond redemption -- and releasing them into futures filled with promise.

I simply wasn't prepared for the emotions that churned up from somewhere deep within.  Found myself sitting with several hundred others in the beautiful banquet room of San Francisco's Nikko Hotel witnessing the rolling out of my own life across decades of an ever-evolving Betty Reid Soskin.  That, in itself, was not a new experience.  As life would have it, I've been able to watch myself in extended interviews more often than not of late, and have gotten pretty used to looking beyond the inevitable self-criticisms to a fairly objective view of Betty on Camera.  What was, though, was that my far younger self was sitting there with me.  It was an unexpectedly emotional experience.

Several weeks ago when that crew of young documentarians from GirlSource -- with their instructors -- arrived with mikes and cameras to gather the raw material from which they would produce a 10 minute video for presentation at the yesterday's celebratory luncheon, they took away not only images from many that line the walls of my den or from my blog, but they took away 3 original songs on a jump drive as well.  I had no idea what magic would be produced by editing, and there wasn't the luxury of time to worry too much about what that might be -- what with Dorian's travails and the demands of my work of late.  As a rule, I don't ordinarily carry over very much "stuff" from day to day, but tend to live life as one grand improvisation; in a constant state of surprise. 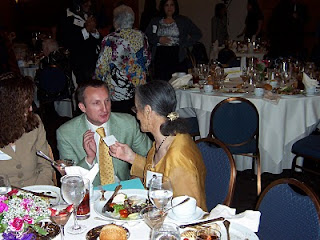 There I was, yesterday, surrounded  by family and friends when my life (the last of the 3 presentations) began to unfold on a giant screen.  I became an audience to myself, and was pushed into another realm of consciousness by my own voice from over 40 years ago ... singing ... it was fresh ... and clear ... and quite beautiful; and so young!  It filled the room. The music was so lovely; an unforgettable moment in time. And, strangely, there was little ego involvement.  This was just a vaguely familiar young voice of a young mother rising out of a tangled and often troubled past; kind of "once removed."  And, here "she" was being presented publicly in a grand hotel in San Francisco before an audience which included me! 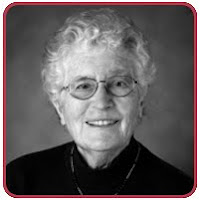 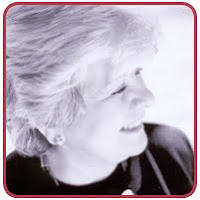 The moment brought sudden tears and I felt completely unhinged!  In a few minutes I would be invited with long distance runner, Sister Marion, and former cabinet member under President Carter, Arabella Martinez; the two other WAVE honorees, to be seated on the dais.  I'd need to "say a few words" for which I was now totally unprepared.  Oh, I'd informally rehearsed 3 minutes of thanks while talking with granddaughter Rosie the night before, but now those few sentences had escaped into the void left by the experience of being crowded out by my younger self and I couldn't remember a bit of the "few words" that had Rosie's approval.

I think it was she who rose to the occasion; she, the long hidden, vulnerable, and suppressed Betty who had experienced this sudden unveiling into the glare of the reality of the 21st Century.

I have no idea what words rose from somewhere deep inside, but they felt right in those moments.

The Poet, Betty, has finally emerged from the shadows.  Whatever will I do with her now?

The most important thing that happened may be that her presence served as confirmation that long ago I'd made the right choices.  I'd opted for my children and supporting their lives instead of chasing the seductive influences and possibly lucrative career of being a performer.  How could I have known that there would be such recognition in these final years by a world she could not have imagined?

Maybe the tears were the result of the complete integration of all of my selves yesterday, and that at long last --  my poet has taken her rightful place among them.

Photo:  Posters from GirlSource of girls who were in yesterday's audience.
Posted by Betty Reid Soskin at 9:57 AM