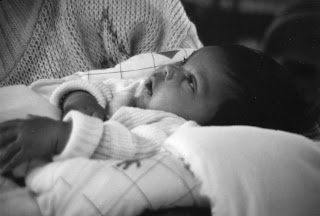 Will two twenties cancel out a pet theory about the power of giving for Dorian?  If so, how?

When full realization set in that our only daughter and youngest child had suffered brain-damage from birth trauma, it was devastating.  Not only was I struggling with bringing up 3 little boys, but was doing it at a time that offered little in the way of help in the form of research into the field.  The mentally-retarded were still being hidden behind closed doors, and were segregated from "normal" children in educational settings.

Not only that, but I had little exposure to other parents of children with mental disabilities and was left alone to try to "read" my special child for clues for the parenting she would need in a world not designed to support or protect her.  That was probably the wisest course one could follow since my "reading" of Dorian proved to be the most valuable asset as the years piled on.  When it became obvious that she was functioning at the level of the retarded, she was about 18 months.  I'd depended upon the works of "The Child From One To Five" by Gessell & Ilg," child psychologists whose work was the guiding force in the field at that time.  I'd bought the complete 5-volume set when we adopted Rick, and before I felt competent as a parent (does one ever?).  I remember telling Rick on his 13th birthday, "we'd better read this together, hon, cause if it's right we're going to hate each other by the time you reach 16!" 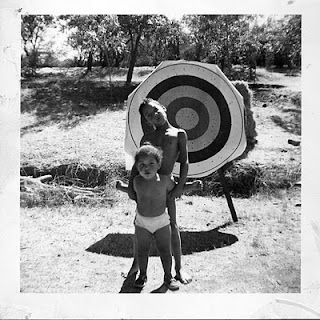 When Dorian was about 5 and I needed to enroll her in "the World", I visited the local elementary school to learn about what that scene would be like for my special child.  When I walked into the portable where such children spent their days, the classroom was quiet.  They were brought to school each day by a special bus, and spent their time separate and apart from other children.

There was a teacher seated on a low stool holding up flash cards to several children who were attempting to parrot back the large printed numbers.  There was a sadness that I was unaccustomed to.  Dorian was loved by her brothers and fared pretty well in social situations.  As a family, none of us were scarred by the deficits she would carry for a lifetime.  At home and in most social situations she seemed well accepted and psychologically healthy.  She developed early the capacity to stand her ground and knew how to get her needs met.

I chose not to enter her into the public school system, but chose an alternative; a decision I've never regretted.

After spending about an hour I approached the teacher to ask if there was music in the classroom, and that I'd be happy to volunteer to bring my guitar and sing with the children on a regular schedule.  I told them that I'd learned from my daughter that what I said to her may or may not be retained, but that what I sang to her was clearly integrated immediately and remained with her as a guide.  However, there was no literature to back this up, it was one of the many techniques I discovered along the way. I made up songs that we shared that covered the rituals of our daily lives.  I was told in no uncertain terms that the school district could not allow the untrained into the classroom with these fragile children.  Nonsense!

As it turned out, later psychological testing confirmed that Dorian had developed  rote memory skills as compensation for the brain-damage, and that this, combined with the music that was so important in our household -- made it possible for her -- at the tender age of 8, to repeat back in proper sequence 22 items in the camping fireside game "I took a trip, and I took along ...".

I learned to trust myself where her training was concerned, and over time my observations turned up some truths that have had lifetime implications.  For instance; I learned that those who were the givers in life experienced growth and made out more successfully than those who were takers.  This was a strategy that could be taught that might determine how she was viewed by the world.  It's the reason that she's been crocheting miles and miles of "gifts" over time, (scarves, afghans, bed spreads,) and presenting them to others who are so visibly touched by her generosity that she gets immediate and life-affirming feedback.  Dorian has created over 500 colorful afghans for wheelchair patients who reside in nursing homes.  Whenever she's produced a couple of trash-bags full, we drive to an institution where she presents them (a dozen or so at a time) to appreciative patients with nursing staff beaming and cameras snapping.  Dorian is a Giver Supreme. 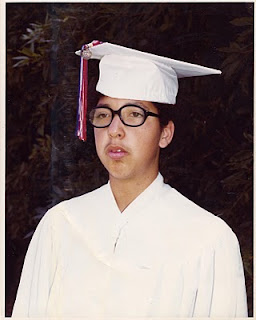 She has been in 4 nursing homes for rehabilitation since the accident at the end of November.  She has created gifts of her handiwork for staff and patients, alike.  I've now invested considerable dollars in skeins of yarns in a variety of colors.  I consider this as occupational therapy that maintains her sanity and good spirits despite the dim prospects for her eventual release back into the world with physical in addition to mental challenges to adjust to for the balance of her life.

Last week, as I was placing freshly-laundered clothes in her drawer two twenty-dollar bills crackled up!  Dorian looked guilty and reached frantically for the money.  I yielded and returned it to her. Her reaction was startling and I wondered ... she quickly crushed them into the pocket of her sweatshirt. Had her brother David stopped by and given her $40 for incidentals?

My mind made a giant leap into the irrational -- why would anyone want to chip away at her reason for being?  But then, how could anyone know the importance of being a giver if no one told them about our longstanding formula for living a life of meaning?  Obviously some well-intentioned person wanted to compensate her for her work and had gladly given her a "tip." Why would they not want to contribute something to her for the work?  Was I robbing someone else of their ability to express generosity?  Is the concept too subtle to serve her needs -- did this simple philosophy only serve mine?

I was confused and felt resentment for no reason; except that it may be that one of my theories had been corrupted.  I knew that I didn't want Dorian's gifts to become commodities for cash.  This felt so terribly important.  She's learned the satisfaction of "earning" at the National Institute for Artists and Disabilities through the arts program where she gets 50% of the price of any sales of her work.  Giving carries with it the factor of growth of a kind that acts as an equalizer in human relations; a faculty not dependent upon mental capacity.

I asked if she wanted me to deposit it into her savings account (the fund where she saves her NIAD checks for summer vacations).  I suspect that, in fact, I was trying vainly to remove any hint of contamination of a principle -- so -- out of sight out of mind?  But I was missing something important; underestimating her ability to have learned the difference for herself?  It won't be the first time.  There have always  been surprises; in the way of the unpredictably complex effects of brain damage.

Perhaps there is no harm done, after all.

Photo 1:  Dorian at 4 months ... before we knew.
Photo 2:  Bob and Dorrie taken in our backyard under the oaks ... after we'd learned.
Photo 3:  Dorian Leon Reid  on graduation day at St. Vincent's Academy in Santa Barbara.
Posted by Betty Reid Soskin at 12:20 PM

What did she end up getting you for mother's day?

I'm glad we've come so far with education for special needs kids. Good for you for knowing what was best for your daughter and taking it upon yourself to teach her.