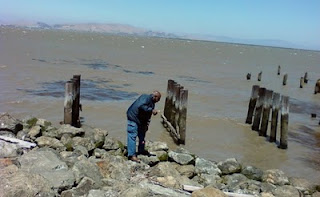 Photo:  all that's left except for memories.
Posted by Betty Reid Soskin at 8:38 PM