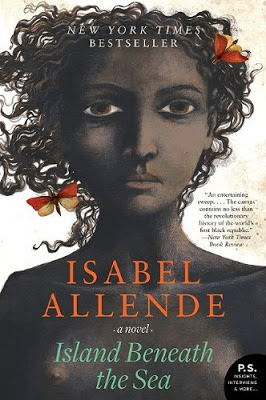 Does my visit to the ancestral home of the Charbonnet attest to the differences in racial relations in New Orleans, as opposed to other places ... ?

When I think of how warmly, how easily Paul, and Shirley, and I interact -- and of how the stories of the accommodations to traditions of the times fit that profile, it's cause to wonder.  I sensed no holding back; no self-censoring -- in the leisurely evening talks in the kitchen at the end of each day of my brief visit.  We honored the opportunity to share meaningful time together, and used it to exchange the most intimate details about where life had taken us over the eons of separation, especially with Paul.   I've grown so fond of them both .  We have truly closed the circle, and are inside, together.

I'm not certain that this new relationship across the racial lines are much different from those of our fathers and grandfathers of old.  Surely there are enough stories among those passed along by my father that would suggest this.  He spoke often of how Judge Charbonnet would intervene when one of his 7 brothers ran afoul of the law; would speak with them privately and send them home to their father with a caution that they mend their ways and pay attention to his word.

The story that brought Paul and I together was my writing of how his father, Paul, and my uncle, Louis,  both contractors -- would bid on the jobs that fell on either side of Canal Street in order that there be an equal distribution of opportunity.   I'm not certain that this wasn't just some silent gentlemen's agreement.  Surely there was no formal contract; just "family". They apparently did not defy southern tradition by mixing socially, as Paul and I do, but it was a different era, and there was custom and southern tradition to be honored.  There was something to be said for everybody having a place in the society, and honoring whatever status they enjoyed in life.

Though today's residents of the Tremé are very aware of Congo Square as a place of slave-trading, I'm not certain that Creoles ever considered themselves as a part of that story.  Surely my parents never passed any hint of a consciousness of the slave experience as personal.  That story needs more fleshing out.  My mother's slave ancestry is recognized, however, on our paternal side, there are few if any slave references -- yet ... .

Ours is surely a historical pattern indicative of the uniqueness of New Orleans culture, which recognized Creoles as a third class with relationships to both sides of the racial equation.

I often wondered at my Dad's reference to "when the Americans came."  I'm more and more certain that this referred to non-New Orleanian whites who brought with them from other parts of the country a different form of racial prejudice; one that was less tolerant of the subtle variations in attitude that was specific to the times and place.

The Charbonnet Family was probably typical of an easy-going cultural landscape with complex liaisons that may have had to do with a liberal sexual attitude brought from France where such affairs were tolerated by society, and only gently frowned on by the Church.

Surely this was true of Amable Charbonnet, who experienced in Haiti a culture that was led by a mulatto elite --  made up of sons of the Napoleonic French fighters who defended against the rebel forces of Toussaint L'overture -- bi-racial sons who'd been sent back to France to be educated then returned as the ruling class.  It was among the members of that brown culture that he seemed to have found meaning, at least comfort enough to have returned after the Revolution for a significant period of time before returning to New Orleans to take up life in one of the cultural centers of the new nation.  It was surely that experience which prepared him for taking up life with a mulatto woman with whom he fathered the descendants that formed my branch of the family tree.

Ken Norton's "Lydia Bailey," resonates as a wonderful telling of my story.  Also, Isabel Allende's more recent, "Islands Beneath the Sea" reads like Amable's personal account of that history.