... last night I found it among the offerings on NetFlix under classic films, and finally sat myself down to view it in its entirety; and what an experience it was!  I cannot imagine how the country survived the Woodrow Wilson administration.  And if you've never read Ann Hagedorn's Savage Peace, you've missed a most harrowing description of the era just after WWI which was 1919.

When D.W. Griffith's ambitious film The Birth of a Nation came out in 1915, Wilson not only agreed to have a private showing at the White House but afterward expressed how fascinated he was by it.  "The White men were roused by a mere instinct of self-preservation ... until at last there had sprung into existence a great Ku Klux Klan, a veritable empire of the South to protect the Southern country." (a direct quote by Wilson.) 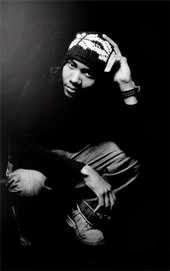 Some years ago I attended an event at the Yerba Buena Center for the Arts in San Francisco where Paul Miller, aka DJ Spooky, presented his Rebirth of a Nation, an alternative version of what is considered by some to be among 100 of the greatest films ever produced.  Using the techniques of cutting and pasting together then projecting this new montage from a large screen, he created a present-day edition that made a very different statement out of the material Griffith had produced long ago.  It was an interesting and in some instances an arresting use of the controversial footage, but was not very revealing of the boldness -- and the distortions of reality of the original piece.

Had I taken the time to view the original prior to seeing Miller's adaptation, I might have come away with more than I did at the time.  I was puzzled by much of it, but attributed it to being of another generation with little to bring to a Hip Hop treatment of the material.  After seeing Griffith's wildly provocative work, it seems unlikely that anyone could successfully satirize it in any way.  The black-faced (white) grinning, jigging, "negroes", alone, should have barred the film from serious consideration for the acclaim it enjoyed at the time.

Find myself wondering if Birth of a Nation shouldn't be required viewing by every high school student -- along with the reading of The Warmth of Many Suns, by Isabel Wilkerson?   Together, the two works provide powerful contrasting lessons in our nation's great narrative, and a foundation against which to measure just how much progress we've made over the past century; and perhaps a way forward into a more compassionate future.