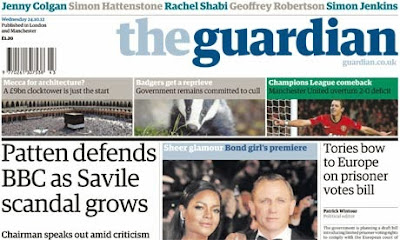 It's becoming routine, now, the public exposure -- the interviews ... and last week was no exception ...

His name was Will and he was someone from the Guardian requesting a 30-minute conversation for a Travel piece to be published in England.

Two days later the article was sent as an attachment in an email complete with an accurate interview (no misquotes) and photographs taken from the Internet I suppose, since none were requested prior to publication.

I suppose this means that we've gone international, right?  My city of Richmond is experiencing international attention as the result of having been established as the site of the greatest shipbuilding effort in the history of the world, and our park is the focus for the interpretation of that history.  Henry J. Kaiser's four Richmond shipyards with their work force of 98,000 extraordinary ordinary American workers formed a critical part of President Franklin Delano Roosevelt's Great Arsenal of Democracy.

I suppose that -- as living primary sources -- those of us still living are becoming the link between then and now, and that we've begun to personify an important aspect of the stories at a time when racial politics continue to fuel dissension the world over.   Berlin, Paris, and London among other world centers, continue to experience racial unrest and answers remain tantalizingly and dangerously beyond reach.

Perhaps, because of this nation's youth and volatility, we're being seen as the place on the planet where breakthroughs in human relations are most likely to occur.  Maybe.  I happen to believe that just might be possible.  And I continue to believe that I'm living in the one place on the earth where that possibility might best be witnessed; the Greater San Francisco Bay Area in the State of California.

I continue to believe that it was the seeds of social change sown here during the Home Front period of WWII that gave form and substance to the Civil Rights revolution of the Sixties, and that those influences continue to radiate out from here into the rest of the country and the world to this day.  I suspect that it may well have been those of us whose lives spanned both those eras who shaped what was then the future.

... but then that's the part of the story that is told in my three-times-a-week commentaries in our little theater.