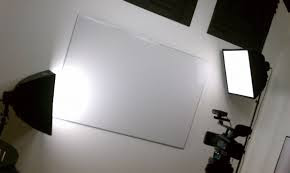 I'm told that this is the week when filming of my theater talks will begin ... .

... and I'm at home today growing edgy and uncertain that I can fulfill expectations ... .

... trying to recapture images of recent week's audiences and finding comfort in the fact that among the visitors were teachers and historians; 4 members of Rep. Nancy Pelosi's staff; 4 white-haired grandchildren of President Franklin Delano and Eleanor Roosevelt; someone who introduced herself as "Eve," who asked if I would be interested in meeting Van Jones (CNN), or in coming to Silicon Valley to speak to those audiences who are changing the world even as we speak? Or, how about a TED talk? All this must mean something of worth is happening here, right?

At the time that Eve came up the adrenaline rush was just subsiding, along with whatever it is that makes it possible for the inner Betty to emerge with the authenticity that validates my work, so outer Betty was really only half present.  I would need these memories, along with that of 15 exuberant students from San Francisco State University who'd been promised extra credit for sitting in on my talk; with the 15 sober young Coast Guardsmen and women who sat at rapt attention last week (they were still and stone-like throughout, and I found myself wishing that I could be present when they were back at their base discussing the experience ... .).   Their firm handshakes as they took leave certainly expressed how deeply they'd been moved.  My presentations have grown from 3/times weekly to -- last week -- 6!  That is not sustainable, though.  The emotional demands of 6 one-hour programs in one week is simply too exhausting, and burnout is predictable.

Fortunately, I will be taking two weeks off during the holiday season.

It is in the re-examining of those experiences -- and others like them gathered over years -- that will provide the confidence that may or may not carry me through the next two weeks of filming.

I'm often aware in infrequent flashes that a number of visitors are taping my talks with their cellphones, but -- once the work begins -- that awareness moves to an unoccupied corner of my brain -- and I'm only aware of the eyes before me; nothing beyond.  I work with the theater lights turned up to their brightest in order to make that connection possible.  Maybe my response to the presence of cameras and lights will  be no more than a momentary distraction, and that connection with those eyes will be impossible to disrupt; or so we will hope.

It's in those first few minutes after my last sentence is uttered; just after that long silence as folks are collecting themselves; just before the Q&A is about to start.  That's when I feel most vulnerable, but invariably it is also when I feel most rewarded by the intensity of those moments.  It's in those seconds when I'm placing the stool back behind the lectern and turning to face them as they move toward me to take leave with a handshake or a warm hug, and I feel the closeness of our encounter most directly -- the cellphones come out and photos to take home get taken ... .

I need to remember that -- as a primary source -- I carry the collective truth of my generation, for those who will succeed us.  In this last decade the record of life as we lived it should leave footprints for the next generation to grow into.  I'm privileged, through the great federal agency that provided the platform upon which I'm standing,  to be a link between then and now.

Maybe the power of Truth is being tested; and is there a greater purpose to be served in this final decade?

Tomorrow we will begin.