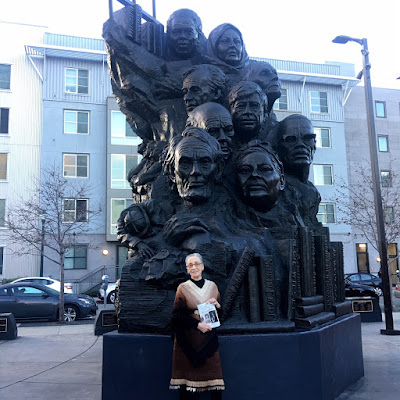 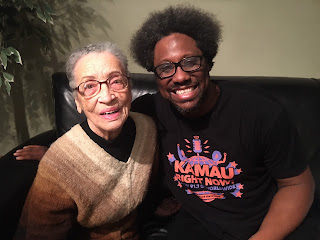 Not only were there 3 tickets provided, but an opportunity to meet him in his dressing room at the  end of the performance.  He was gracious, almost little-boy-like, and I was so sorry to have not been as welcoming at his invitation months ago.  Met his proud mother, his wife, his two lovely little girls, and came home smiling into the night at a most memorable evening of great music, and an amazing experience of fellowship and joy.
Posted by Betty Reid Soskin at 8:04 PM