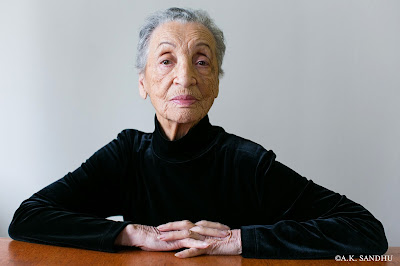 It has been a week of interviews by phone, and public events on a scale never imagined ... .

Just finished a conversation with a producer from the Hallmark Family Show.  I'm involved in a one-hour on-camera interview on Monday, February 5th, at Universal Studios in Los Angeles.   It will be telecast the following day. This was the pre-airing interview that sets the guidelines for the experience.   The interview was initiated by my publisher, Hay House NY, as a part of the launching of Sign my name for freedom.  That's a good thing, right?

She was easy to talk with, and asked good questions.  But I felt gently guided away from anything "too controversial."  "Ours is a program designed for women who are family-oriented," and we try to do only those things that fall into that category (gardening, career matters, parenting, etc.,).

I found myself becoming quietly resistant. That's the Disney view of the world, right?  Forming that more perfect Union requires a far more robust attitude, and I found myself finally blurting out, "...but don't you think that runs against what we ought to be doing as feminists?"  There was a silence, then this warm and friendly young stranger answered after a long and awkward pause with a simple, "yes."

We then continued our extended conversation about my former slave great-grandmother, Leontine Breaux Allen's life as it related to mine -- and how in the world does one do that while at the same time trying to detoxify the words so that no one is offended?  Slavery is brutal, and since we've still not processed that history as a nation, from a time when the women of my world (women of color) fell into 3 categories (house slaves, fields slaves, and "breeders").   And for a period of 300 years!  From a time when white men were using rape as a tool with which to increase their "stock" after the English had outlawed slavery and no longer were the ships bringing human beings for purchase into our ports.  From a time in our history when white men were quite literally selling their own children on the block.  Tell me how one does that in today's world without explosive rage begging to be released?  And while moving toward the change needed in order for the idealism in our system to outweigh the brutality and cruel injustices that still prevents our rise from relative powerlessness to full equality?

How could this kind young woman know what her questions were releasing into our innocent chat?  Those wounds resurface each time I walk past the portrait of my great grandmother that hangs in my hallway, even today, at a time when her photo is tucked into my wallet along with the credit cards, appointment slips, spare change.  She's with me almost every moment of my day ... .

Yet I understand the constraints the woman on the other end of the line is under.  That each of us are under even in today's world when the power to reach into the void and wrest that history from its moorings -- in order to find the reconciliation and atonement that we must someday confront if America is to ever move beyond its cruel past.

How do we grow past the inclination to try to recapture and reclaim the real history through Disney-tization -- myths that belie the truths that we must face bravely into in order to rise above?

The interviews scheduled for tomorrow in San Francisco with Creole host Arthel Neville of Fox News, and Monday's appearance on the Hallmark Channel can't possibly put a dent in the vast ocean of misconceptions we've held for centuries now.  Far more is needed in order for the social change I've given most of my life in search of -- and that I'll continue to strive toward til' life comes to an end.  I'll simply have to hope that a few segments of my inexplicably long life has contributed to one more piece of the sometimes seemingly futile attempts at forming our "more perfect Union."

Perhaps my book will add a few steps in that direction, but it's a modest memoir not intended to do much more than to tell what it has meant to have lived a life as me.

I will temporarily bury the anguish, and continue to address "the World" in ways not too disturbing, in order to continue to fulfill the vision and dreams of our young nation and, over time, I just may find myself among an enlightened citizenry finally ready to engage in meaningful exchanges that are worthy of the many who've spent their relatively ordinary lives, as I did, trying desperately hard to get it right.