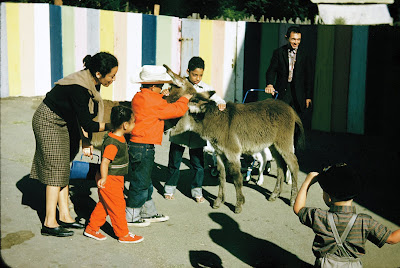 ... and there's a familiar cast to the feelings -- as though being re-visited from some deep place where we keep the unfinished business of life...

And, maybe I'm not alone, but simply one of the ba-zillion women, worldwide, who have lived into these later years -- having out-lived logic and bereft of the guideposts that we'd been led to expect would be there as we aged into our traditional roles in life ... .

It's those dim memories, hardly distinguishable from the others, memories of some lines we crossed from childhood through to some ill-defined adulthood within which we somehow survived to be mothers of the young who would succeed us in life.

I can remember -- at about seventeen -- wanting a little black dress, and being told by my mother that young girls do not wear black, that I must wait until I was a grown woman before that could happen.  I believe that I was in my mid-twenties, married, before I owned that little black dress.  Not certain of the reason, but I remember it to this day, it was black crepe, bias-cut, and slinky, and worn to a cocktail party hosted by The Woman, a social club I belonged to at that time -- at the Masonic Hall at 30th off San Pablo in Oakland.  I DO remember that it felt wicked and sophisticated, but that it in no way changed my feelings of not yet being old enough ... not even as a married woman.

Nah, not even then.

I now recall with sadness on this Mother's Day how -- somewhere in mid-life -- I dropped into a major depression marked by an unfathomable feeling of disappointment, of having been somehow tricked when I suddenly discovered myself caught between generations, being the acting-parent of 4 children, in a failing marriage, and facing squarely into a projected life of care-taking of aging parents, 'til death do them part.

I'd matured into the "sandwich generation" at a time when I was still needing a mother, only problem was that I'd slipped across some kind of generational divide where -- simultaneously -- life was demanding that I become a mother to my own mother ... and there was no conceivable way to reverse the process.

... and I rose to the occasion, as billions of others had done before me.

As my own mother had done.

But, you know what?  I truly believe I hit grown-up somewhere around 68!
Posted by Betty Reid Soskin at 4:57 PM