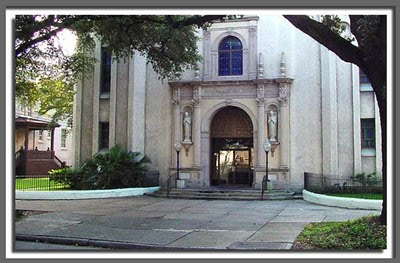 Funny, after all these years ...

-- I'm still aware when I'm not going to church. Had intended doing so yesterday, but at the last minute opted for a walk along the Bay Trail, instead. The stretch along the Marina Bay yacht harbor is so lovely. It looks out to Brooks Island in the foreground, the Golden Gate and S.F./Oakland bridges to the south and the Richmond/San Rafael bridge to the north. Angel Island and the San Francisco skyline -- Mt. Tamalpais, so beautiful! Richmond has 32 miles of uninterrupted shoreline, a treasure that many are only now beginning to discover. This was to serve as this morning's "church."

Walking along I found myself wondering when I'd become an atheist, and if so, why am I so aware of Sunday mornings - in that special way? "The Sabbath" is to be honored, even in the "not keeping" of it. It's in my DNA. 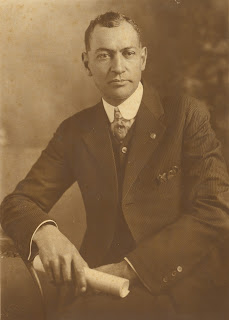 Remembered that my earliest memory was of being terrified (two years old, maybe) and clinging to my mother when the great rumbling sound swept the sanctuary -- the scent of incense, the color (stained glass windows?). Can recall at some point of being fearful of looking directly at the man on the cross with blood coming from his hands and feet -- the spikes... .

It was sometime later that little girl Betty became aware that the thunderous sound that filled the sanctuary to the vaulted ceiling was the congregational response to the chants of the priests as they made the Stations of the Cross. That must have been in New Orleans at Corpus Christi,  the church that my grandfather, Louis Charbonnet, designed and built long before.  This was our parish church before coming to California.

Preparation for Holy Communion came when I was seven, but the fear from those early years was still playing in the background, nuns in black habits and the thought of an all-seeing God the Father gave little comfort, but were ever the silent threat of eternal damnation. I can remember as a child going to Confession several times without receiving communion. Didn't feel cleansed enough. Remember, it is possible to "think" venial sins, and I did, especially about my sisters.

Much later in life, right after leaving home as a young bride (at 19), I simply stopped attending mass. Guess I figured that was okay since my parents -- though in their own way devout -- had stopped going to mass except for weddings and funerals many years before. They were practicing birth control and couldn't receive the sacraments. So now I was married and -- for the same reasons -- church was no longer mandatory.

When my mother questioned this, I told her that Mel and I didn't want a family immediately, therefore ... But her answer was, "...you just go. Some things are simply none of the priest's business!" She simply couldn't own her own rejection of the Catholic faith, nor could she handle mine.

This morning on my walk, I thought about all that. Wondered if I had ever intellectually outgrown my faith, or if it didn't really go way back to that terrified 2 year-old and the timid 7 year-old who had simply "failed" at organized religion? The rest, the readings of the Jesuits, de Chardin, the Transcendentalists, conversations with the more rebellious activist priests of my middle years -- the Berrigans, of the exposure to Unitarian-Universalist "saints," Thoreau, Emerson, et al, may have allowed me to give words to those very early fears -- present in me long before I had the language to express it? I think, at times, that -- had I truly believed -- I would surely have ended up a Carmelite nun. My inner romantic might have drawn me to the contemplative life. Instead, my very rational mind led elsewhere, and for that I'm grateful.

I am an Atheist, but one still aware of something deep inside myself that defies logic and reaches far beyond the known. Orthodox religion in all of its forms seems to me to have become -- over the centuries -- the way humankind has explained that phenomenon of spirituality. I have no expectation of understanding it fully during my lifetime. But something in me (in everyone, I suppose) is ageless, timeless, genderless, and limitless, and whatever that essence of Betty may be, it came into the world with me, will leave behind bits of that stardust in my progeny, but upon my death I will again become one with all of matter. There will only be one of me, ever. The gift of my tenure upon the earth is a random accident of Nature. To deserve the privilege of life is enough reason for being.

And now it's the beginning of a new week, and I'm late for work.

Photo:  Put Corpus Chrisi Church into my search engine and this image came up -- at the same address on St. Bernard in New Orleans -- but by now the original church of my grandfather's may have long since been torn down and another built to replace it.  Just don't know ... it's been such a long time.   I know that the school that adjoins it is still standing
Posted by Betty Reid Soskin at 9:09 AM