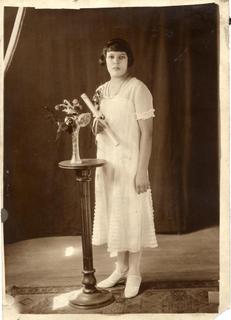 Written from inside "The Human Stain" ...

Last post, written almost an hour ago has not yet posted. Started to write a piece about Dad, but in the meantime the phone at my elbow rang and it was Jackie. "Wanna go to a movie?" "Sure," says I (untypically). Heard Terry Gross interviewing author Phillip Roth on "Fresh Air" yesterday and was intrigued by the story, "The Human Stain." As it happens, so did Jackie -- so, having showered and wrapped myself in Saturday sweats -- am off to Berkeley to see Anthony add yet another brilliant portrayal to his long list of improbable characters.

Jackie and I are both African/American/"Immigrant"/Californians/who arrived right behind Sir Francis Drake, and I'm sure that both have had family members cross the color line over the years so the premise is one of deep interest. Our hero (Hopkins) plays a man who left his black identity behind years before the period shown, and surely will be revealed sometime during the film's 148 minutes. That's more than we can say for our relatives, so maybe we can spend a few hours imagining their lives over the years since they disappeared across chasm of the racial divide.

It's tantalizing to think about. Something we don't usually do, since I've rarely if ever seen anyone being judgmental about such decisions made by others. They just drop away into their own lives, and little is heard from them again. A kind of psychological curtain drops, and life goes on. I'm sure that Roth has drawn something pretty melodramatic from such situations, otherwise why a book at all? But, the drama of racial politics continues to hold us its powerful grip as does little else.

So, I'm off now to pick her up and -- if I get home early enough -- will write about Dad tonight. Either that or he'll surely pop up in dreams to remind me of the omission.

(It's perking away in the background, and I'm enjoying the memories.)

Photo: My favorite Aunt, Vivian Allen Jernigan at 19. This photograph was taken at her graduation from Xavier in New Orleans, before she joined my grandfather to live the rest of her life in Oakland, California. She attended U.C. Berkeley for three years where she played basketball. Then came the Great Depression and she left to work in San Francisco. Vivian would have laughed anyone out of the room had she been assumed to be anything but Creole (Colored). I suppose she was my model. For both, being a proud Creole was enough to be. Crossing the color line was/is unthinkable.
Posted by Betty Reid Soskin at 3:02 PM