Home again from an afternoon of Arts & Culture ...

Really pretty boring, actually, and not nearly as interesting as the story that's been doing a "crawl" (a la CNN) just under the surface of my brain.

Thinking that my father was the world in microcosm. His racist attitudes were not unlike those of Ariel Sharon, a Jew who survived the holocaust but who has forgotten, as did many of the Israeli leaders who preceded him. To have been so cruelly victimized by the Nazis only to brutalize another race of people -- for whatever reason. The examples are plentiful throughout history and into the present. Find myself wondering if it's a male thing?

The major difference was that Dad was a mild and loving man of little power to act out his prejudices. I'm sure that he exemplified the attitude of his peers. He was far from alone. Those blind spots caused by racial differences know no limits. Mother suffered from the same malady, but was less adamant about it. Because I cared deeply about my parents, I learned at an early age to see the world -- not in black and white -- but to ever-so-carefully pick my way through the many shades of grey.

I had help. Several teachers opened doors that I walked through, alone. In fifth grade it was a motherly pear-shaped music enthusiast who introduced me to the masters. It was in her class that I learned to sing (badly) the works of Giuseppe Verdi (Miserere and the other great oratorios), and Sibelius' Finlandia, and simple Quaker hymns ("Tis a gift to be simple..."). Fifth grade glee club opened an entire world of great music to me, and those pieces are recognizable to me to this day -- upon hearing the first two bars. 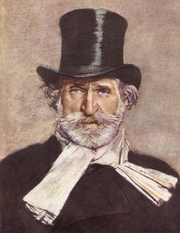 It was a sensitive tall and reed-thin Miss Cunningham who first led me to Edna St. Vincent Millay and the Ruth Fielding stories. She presented me with a copy of Jane Eyre for reasons I can't recall, and probably accounts for my passion for the poets.

Castlemont High's Mr. McLaughlin, a devilish public speaking teacher who gave me the confidence to stand on my feet and debate the best of them. I can still see him standing against the blackboard at the back of the classroom -- grinning and goading me on to make my point. He was proud of me, and I knew it. My parents never knew.

There was John W. Hughes, a 7th grade teacher who'd returned to teaching after years as a social worker. He was a close friend to principal, George Axtell of Lockwood Junion High, who left the west coast some years later to become the president of CUNY. Hughes remained a dear mentor and confidant into my young adulthood. In the summer of my 16th birthday, he was chosen the Alameda County Chair of the Olson for Governor campaign. With the support of Aunt Vivian (who took me downtown and outfitted me in secretary clothes), I got my first lessons in electoral politics. I worked at the campaign headquarters all summer, have been politically active since that time, without messing a beat. When I was 18, Mr. Hughes went to live in Japan for a few years where he created the Nara Foundation that would address the plight of mixed-race children left behind by the armed forces of WWII. I was the secretary of his foundation, by long distance. Hughes was Canadian, but I really knew little else about his personal life. He had a wife somewhere in the Bay Area (also a teacher), a son and a daughter, but I scarcely knew them. He came to my home to meet with my parents from time to time (that I didn't particularly like, as I recall), nor did they.

There was a definite split between my home and school lives. My parents asked few questions. I fulfilled my obligation to them simply by attending classes. I rarely did homework. Was barely challenged, either by school or home. Wasted an obvious potential to do big things. But no one in our family had been to college and, though I did have friends who were on local campuses, by my 18th birthday I was consumed by the thought of leaving home. That would only be possible if I married, and I did. The man I married was attending the University of San Francisco on a football scholarship. It was the man who needed the education, right? I was content to do his homework and shine in reflected academic glory. John Hughes was clearly disappointed. His was the only voice that encouraged me to prepare for college. I began to see him as a hindrance to my hopes for leaving home just as soon as I could do so, and in this my parents seemed to agree. They did not welcome his interference. 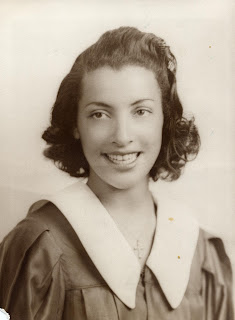 Mother advised me to learn Spanish (I wanted French) so that I could get a good job. It was her hope that I might pass, and since I was just a bit darker than my sisters, being Latino would offer the greatest chance for crossing the color line. She believed that the only option for a colored girl -- other than maid's work -- would be to do so in order to work in an office.

I'd done well in high school. Hughes had broadened my cultural base and given me some skills for moving about in the world of commerce. My ambitions didn't include further study. It was time to marry and raise a family.

I went straight from being my father's daughter to being Mel's wife. None of this allowed for the "woman" to emerge. I didn't meet her until my children were almost grown. And even then, not a fully independent woman until after 1987 when the men in my life passed on.

If we could only have a chance for a rehearsal, right?

The curtain will fall and I'll never get to read the reviews ... .
Posted by Betty Reid Soskin at 7:30 PM