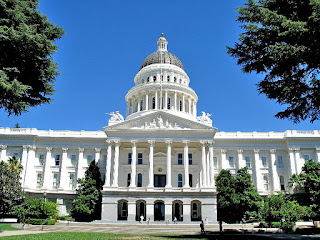 This was not one of my finest of weeks.

Found myself so out of sync with the mission of my job that I actually gave notice of my intention to leave on Thursday. Yes, it was that fundamental. Important thing is that within 24 hours I'd reconsidered and rescinded my pronouncement -- at least for the time being. The second important thing is that, even at this age, there are options. It doesn't necessarily mean that I'll retire -- can't imagine doing that -- but it does mean that I'm considering the possibility of a career change, and that may make sense. But I'm committed to hang in for a little while longer, at least long enough to complete some work that interests me, and to give my co-workers a chance to find my replacement without straining the system too much. We'll see. Not knowing what to "blog" kept me from writing anything at all over the past two days. Things were too volatile and needed some settling down time.

So, it's again Saturday, and I've just returned from taking Dorian on our weekly trip to the supermarket for groceries. After some months of being clinically depressed, she's on some new meds that are working their magic and it was comforting to see her in good spirits. I'm sure that a part of my own angst is related to the fact that -- after a couple of years of fine work by a dear therapist/friend -- Dorrie's funding agency (Regional Center of the East Bay) must discontinue some of her services, including this one. I am aware that some of my ability to cope with the vagaries that plague the developmentally disabled, has been due to my reliance upon this fine professional. These cutbacks won't just effect Dorian, but her mother as well.

I cannot imagine how families cope when there are other children to consider, and when jobs have been lost. Not sure what happens to people when the cost of living has spiraled out of control and both parents must work outside the home in order to put food on the table, and one of their youngsters is disabled. What does it mean -- that 627% rise in Autism since 1987? At least I have no other dependents to consider.

I wonder how those who are supporting families on the prevailing wage of $8.89/hour (current pay for those working with the disabled in groups homes, etc.) ... how on earth are they managing in this new "recovering" economy? That is what is currently being paid to those who serve our most vulnerable citizens and even that may be cut back under the state budget passed last fall. The Department of Rehabilitation will now combine with the Regional Centers, as I understand it, an already overloaded system. The cuts are many and most have not yet kicked in, so we have no idea what the effects will be. The advocacy groups are gearing up for shaping their response on behalf of the disabled.

It was around some of these questions that I found myself unable to properly do my job this week. Found myself unable to be a field representative in a situation where I was really an angry constituent! The constituent won the battle and I blew up! I was in a situation where it was required that I represent my legislator on a panel before the Disabilities Council, along with other knowledgable legislative representatives. It's a 9:00 'til noon very important meeting -- the subject of which is "Assuring the Civil Rights of the Developmentally Disabled." It would have been necessary for me to explain if not defend the budget cuts (to the extent that they are defensible, of course), to some of the most sophisticated professionals on the planet. These are the specialists on the Lanterman Act, and who know the statistics and their implications better than I do.

It was an impossible assignment. I was ready to quit my job over it. I did. Fortunately for us all, 24 hours of involvement with some environmental issues intervened, and it was possible to back away from the edge enough for staff to modify the assignment enough so that I'll not have to be a panelist after all. How well this will satisfy the "angry constituent Betty" is yet to be seen, but the dynamics have changed enough so that peace has returned.

...and we haven't yet seen the changes anticipated by Governor Terminator. My only hope is based on the fact that it was Eunice Kennedy Shriver, Founder of the Special Olympics who is the mother-in-law of this man, and this may have some effects on future budget negotiations. Let us pray... .
Posted by Betty Reid Soskin at 2:48 PM