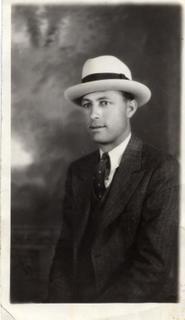 If "The Human Stain"

stirs as much introspection in others as it does in me, maybe it was well worth seeing. Had a hard time dropping off to sleep after writing last night. There was so much missing, as if we've just not found the right conversation yet. We're stuck with one that just doesn't address the problem. That conversation is almost addressed by Ward Connerly, but he misses, too, but he's close. It's one of the cases of trying to deal with conflicting truths. I'm unconditionally in favor of Affirmative Action. Maybe I'll figure it out at some point. It's illusive.

In his way, my father was as much of victim of racism and a racist as was fictional Coleman Silk. There was as much racial bigotry in the home I grew up in as there was in those of my bigoted suburban neighbors many years later. Maybe that was why I felt so inadequate to deal with it (but I learned, in time).

I adored my father, but he spoke of African Americans (other than N.O. Creoles) as "
"Americans Negroes." He spoke nostalgically of life in New Orleans, "before the Americans came," always a puzzling thing to me. He dealt with dark-skinned people as underlings, and with no apology. His concern (and mother's) that their daughters would "marry black" exposed a virulent racism that eventually pulled us apart as I grew into adolescence and developed my own sense of ethics. I was growing up in a world so different from the one they knew, one with very different values. My kids grew up in the one Mel and I provided for them, one that was still a cauldron of hatred and ambiguity, while relatively privileged. I wonder that they survived the "disconnects."

It must have been extremely hard to come from a place of privilege, though limited, but where name meant something. We were Charbonnets, after all, and early on I developed a kind of Anastasia Romanov view of the world. There was that sense that -- in some mythical place in the world we'd been "somebody," though we were as poor as the proverbial church mice, this was always a temporary state. Someday mother wouldn't have to leave early on Thursday morning to be first in line at "Sally Ann's" (code name for the Salvation Army Store) to get the best pickin's. That was the day that the truck came around with new old stuff. And we wouldn't have to spend hours on end in the waiting room at the free County Clinic on Grove Street or be dragged, terrified, into the dentist's chair at the miserable dental clinic. We were Charbonnets and someday things would be different. But these were the Depression years, and our lives were not unlike those around us.

With three pretty daughters to marry off (before they got pregnant, hopefully) the bar was set prit-tee low. There was no thought of college. No such talk. Getting us through high school was the goal, but with no home involvement. I can't remember ever bringing home a report card, nor of having my parents attend a school event, nor a conference with a teacher. We were pretty and as it was with being Creole, that was enough. Marriage was the only way girls could leave home. Marjorie and I each married at 19, Lottie at 17, I believe, and all to men approved of by our parents (light-skinned and handsome). Mother used to look at our less attractive girl friends and say, "...they better educate that girl, she'll never get a husband!" Evidence of another wrong conversation.

I'll never forget the evening when (as a sought-after late teen) I was dressed for an "after the game" dance at the International House on the U.C. Berkeley campus. It was the annual U.C.L.A/Cal game, a big one in our social set. My escort was a gridiron hero. When he arrived in his tuxedo with gardenia corsage in hand -- when I opened the door to greet him, my dad came out from the kitchen (he'd been peeking to see). The look of horror on his face was enough to ruin my evening, but I braved it out. My date was the renowned but very dark-skinned Jackie Robinson, one of the nicest men I'd met. There was no relationship. He was engaged to the woman he later married, Rachel, but was in town only for the game. But this was the beginning of my rebellion around the questions of race, and the cause of alienation from my parents -- until I married Mel, which pleased them immensely.

But before this there was the trip back to New Orleans as a 15 year-old -- the disillusionment -- and a growing list of teacher influences that deepened the separation from my homelife and increased my loneliness ...

But now I'm off to the County Arts Commission to make presentations of Certificates of Recognition to five artists. This is one of those forays back into Walnut Creek. This time in a far different role -- but still unsure of who I am in that context ... and still aware of residual pain.